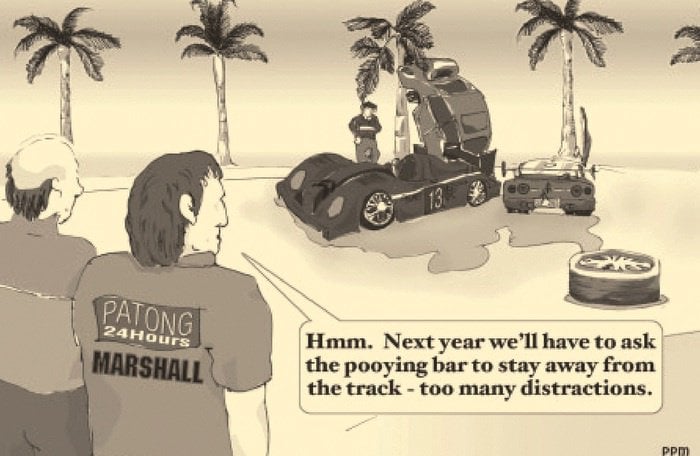 PHUKET: When was public transport not an issue on the island? It seems to sneak into headlines week in and week out with the occasional big splash when authorities attempt to launch a new initiative.

This week, it’s the 50-baht Phuket Town to Patong van service – which deserves the butts and bahts of those going from the island’s cultural heritage destination to the west coast beaches. A decade ago, it was a regular bus service from Phuket International Airport to Phuket City.

Despite the launch planned for October and Phuket Land Transport Office (PLTO) chief Teerayut Prasertpol’s claims that he would like to see more bus services running to the airport from other parts of the island, it was years until the now floundering Airport Express Bus service to Patong was launched.

What is it about the island’s transportation culture and geography that makes it both so ripe for whingeing about both the lack of public services and the lack of support for positive transportation initiatives when they arise? It is safe to assume that more than enough hoo-ha has surrounded the transport sector and many of the rapscallions with their fingers in the pie over the last decade, so let’s move on.

With foresight rarely seen on the island, the September 3-10 issue of the Gazette examined the post-tsunami charity situation. The clarity of the concern comes in stark contrast to the fact that 1,522 bodies recovered after the tsunami remained unidentified. Nonetheless, the island was looking forward.

Helene Fallon Wood aptly pointed out, “This money won’t last, and [charities here] will never get it again. All charities here must be thrifty with what we have received since the tsunami.”

She was right. Though the good work of numerous charities here continue, from those established before the tsunami and those after it, the influx of funds is not what it used to be. Many charities are now functioning on the support of a few donors unique to them. Just look at the number of charity events held in Phuket every month as a reminder of the costs incurred by those taking care of the destitute.

Nonetheless, these charity events come and go, as everyone tries their best to support those they feel are most in need. Similarly, Gazette columns – and their columnists – do the same. Some, such as Bill Barnett, hold fast for years to create a strong following, while others eventually lose their grip on readers’ attentions. Just ten years ago, it wasn’t our beloved Patrick Campbell writing about gardening; it was the colorful ‘Bloomin’ Bert’: “I’m a stubborn git. Can I say ‘git’ in a gardening column? I very much hope so, because I’ve just said it again…”

Another gem unearthed in the September 3 issue takes us even further back with, “The Time Machine”, which was set for September 1995: Back then a big Australian fellow, wandering among the ladies, nabbed an aging katoey (‘ladyboy’ in local parlance, or transexual) to cuddle up with on the night of August 16. Morning brought with it the startling revelation that the dazzled lover’s belle, along with 10,000 baht, had gone missing.

Looks like ladyboys (lady men, apparently) made headlines twenty years ago, ten years ago and even now. Did you hear the one about the ladyboy who walks into a convenience store with her fake shooter?

Airport extension to finish on time