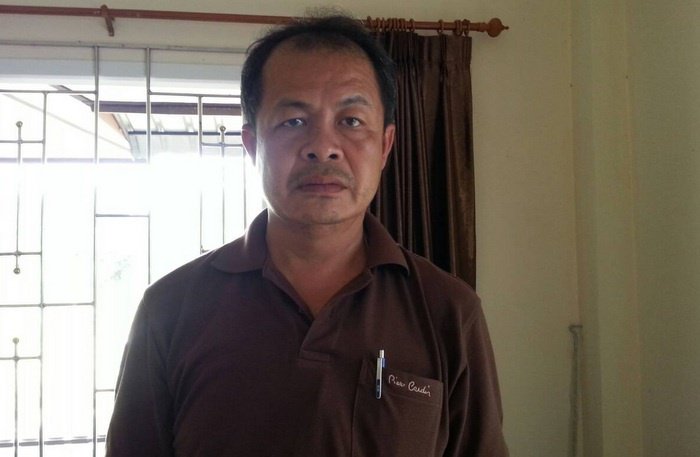 Suwat Suksiri, 43, has been Chief of the Thung Talay Non Hunting Zone since 2010. He is originally from Chumphon Province and earned his bachelor’s degree in Forestry from Sukhothai Thammathirat University. He has been working in the forestry field since 1993. Here he talks about why animal touting is a serious problem for foreigners and not locals, and how to solve these issues.

PHUKET: The Thung Talay Non Hunting office, located in the Koh Lanta district, has the duty of preventing people from hunting in the area. We are an office under the Protected Area Regional Office 5 (PARO) of the Department of National Parks, Wildlife and Plant Conservation (DNP).

PARO 5 is responsible for 6 provinces; Krabi, Phang Nga, Phuket, Satun, Trang and Nakhon Si Thammarat. However, my office only has jurisdiction to arrest people for hunting and possessing wild animals in Krabi.

We were recently ordered by the PARO 5 to lead raids on animal touts on Phi Phi, as this has become a serious problem.

Touts have many types of animals on Phi Phi, such as gibbons, slow lorises, and iguanas. However, the most popular is the gibbon.

Taking photographs with wild animals can attract tourists, but it can also damage Thailand’s reputation.We frequently get reports from tourists that they were forced to take photos with the animals and find it very annoying.

Some foreigners even send letters to the World Wide Fund for Nature about animal touts in Thailand. We do not want international organizations to accuse us of ignoring this issue, so the PARO 5 ordered us to get rid of them.

Thai people don’t see this activity as animal torture, as the animals are raised like pets and their job is to just take photos with tourists.

Some gibbons are raised very well, actually. The touts feed them fruit such as grapes and apples and give them a good life.

However, people have to understand how hunters get the gibbons.

To get a baby gibbon, hunters have to kill the mother, because the gibbons stay high up in the trees. Hunters shoot the mother down. It’s very cruel.

Gibbons are wild animals and should live in nature, not with humans. It’s not the same as raising a dog or cat.

Additionally, many humans from many different countries touch the animals. We don’t know what diseases will pass to or from them.

During high season, gibbons are pushed to work very hard. Even though they receive good food, they have to work hard in exchange.

There are currently about 300 protected species in Thailand. This means that the animals are in danger of becoming extinct if they are open for possession or hunting. Gibbons are one of these protected species.

Most Thai people think that gibbons are everywhere and will not die if people take them out of the wild to raise. However, most don’t know that gibbons can only produce one baby per year.

After hunters kill the mother and the baby is in captivity, how will they reproduce? This is why gibbons are listed as a protected species by the DNP and why many foreigners see touting as a serious problem.

We are trying our best to tackle this issue.

I want locals to understand more about how and why taking photos with animals makes them a tout. If people understand, then we will have more support. Local authorities can also help by educating them.