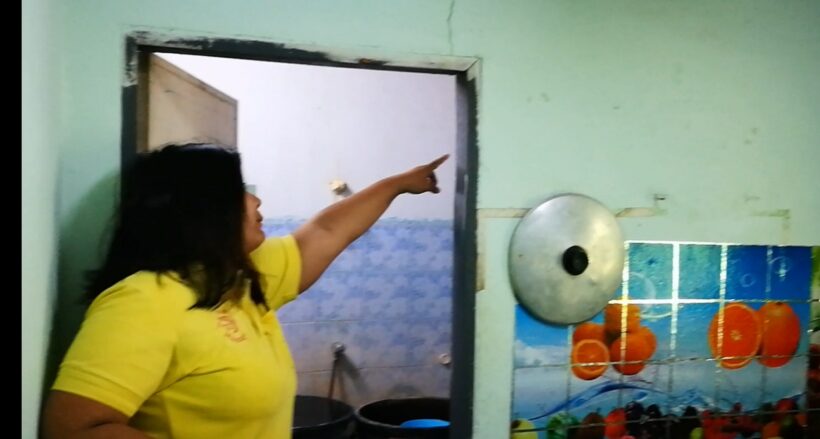 A 37 year old woman, Parinda Asapa, contacted Ao Nang Police after she discovered a man taking a video of her taking a shower.

She said that she lives in a rented flat in Ao Nang and at about 10.15 pm last night (April 17), she was taking a shower and noticed a man standing behind the wall of the bathroom and put his hand holding a mobile phone to take a video of her through a vent.

She screamed, the frightened the cameraman so he pulled his hand and camera back and ran away. She rushed out from the toilet and grabbed a flashlight to follow him to the side of the house, which connects with the main road but couldn’t catch him.

She said that she feels unsafe for herself and her property and asked police to watch the CCTV camera from a convenience store he passed while fleeing.

Passenger nearly gets sucked out of broken Southwest Airlines 737 window