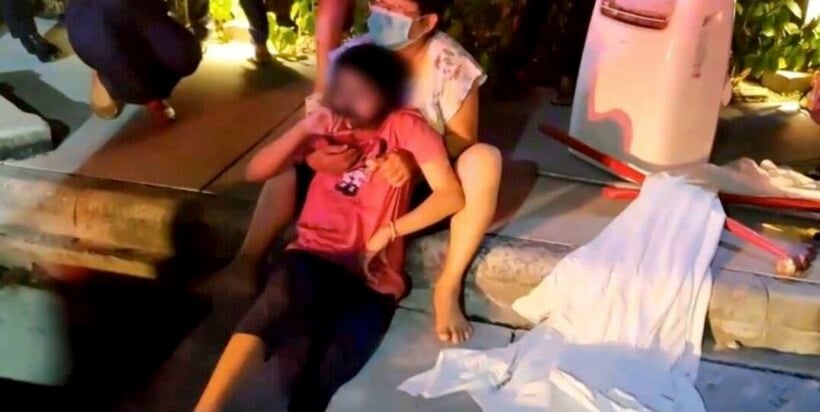 A young girl got her leg stuck in a Pattaya gutter, photo by The Pattaya News.

A 12 year old girl fell into a gutter in Pattaya on Friday, which some bystanders claimed was not properly sealed and was an accident waiting to happen. Officers were able to help free the girl without injuring her in the process, however she was still transferred to a nearby hospital for observation.

The incident happened in the parking lot of a hotel in Bang Lamung district of Chon Buri. The hotel is not being named right now as a further investigation is pending.

Officers told TPN that the young girl whose leg was stuck in the gutter was “pale and scared”, however, they managed to rescue her with no injuries.

Following the girl’s fall, a renewed debate has sparked on social media about Pattaya’s road conditions and sidewalks. Many people believe that sidewalks, parking areas and roads in many areas of Pattaya are not safe. With Thailand Pass‘s newly eased entry restrictions, and an expected tourist influx, there has been a re-intensified focus on ensuring proper road conditions in Pattaya.

Last week, officials held a meeting about giving the city’s famous Walking Street, which would include road repairs. Now for the past week, there has been an effort to fill holes and repair broken areas left over from prior construction there.

Pattaya’s current mayor has claimed before that Pattaya’s road problems mainly come from issues with contractors who had work delayed due to Covid-19 restrictions over the past two years, and were not the direct fault of the city.

The Pattaya News also notes that all four Pattaya mayor candidates plan to make road issues a top priority if they are elected.

PapayaBokBok
8 hours ago, HolyCowCm said: There ya go. A grate joke. my typical sewer humor......nod on the grate pun......kudos to you Sir...