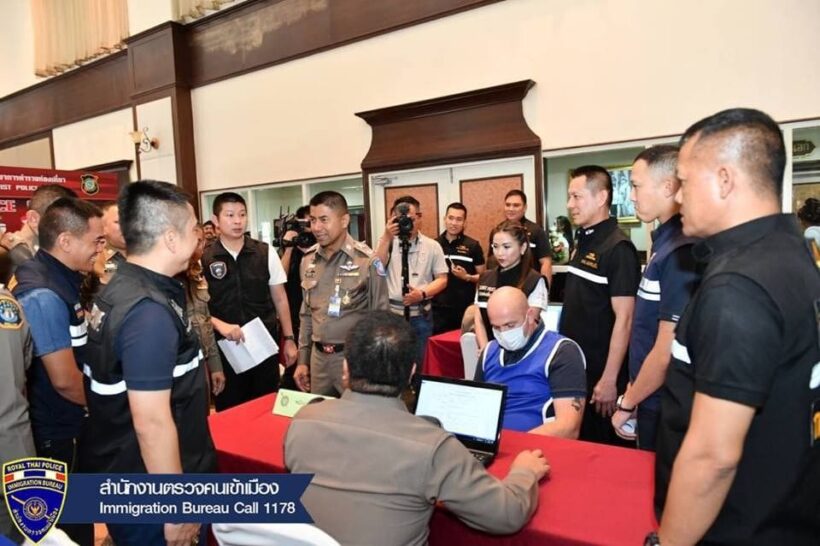 Thai Immigration have filled in the details of an armed night raid earlier this week at a Chonburi hotel.

The men arrested have been named as 43 year old Joseph Mulhare and his 38 year old brother Gregory Mulhare.

Their arrest followed a cat and mouse game as the pair moved from Pattaya to Bangkok before they were eventually taken in at gunpoint in the early hours of Tuesday morning, this week.

The Thai Immigration website says that the brothers were wanted by the North West Regional Crime Unit in the UK who made representations to the British Embassy in Bangkok.

They are wanted on charges related to dealing in cocaine, amphetamines, ecstasy, MDMA and cannabis.

The Liverpool Echo in the UK reported that the brothers were originally from the Wirral and had travelled to Thailand earlier this month.

Thai immigration discovered they were staying in South Pattaya at The Link Hotel. They were often seen frequenting the Unique Blue Sports Bar.

They learned that they were being pursued by the Thai police and subsequently went to Room 305 at The Loft in Pratumnak Hill owned by Wirawan Luangleu.

On November 18 the pair paid Wirawan 2,000 baht to take them to Khao San Road Bangkok.

From here they went to Suvarnabhumi Airport attempting to give officers the slip. They changed taxis at the airport and proceeded to Sukhumvit Suites in Asoke in Bangkok.

At 10pm on November 19 they checked out and went by taxi to Panda Resort in Don Hua Lor district of Chonburi where they were arrested at 2.30 am the next morning.

Their visas have been revoked and they are being prepared for deportation back to the UK.