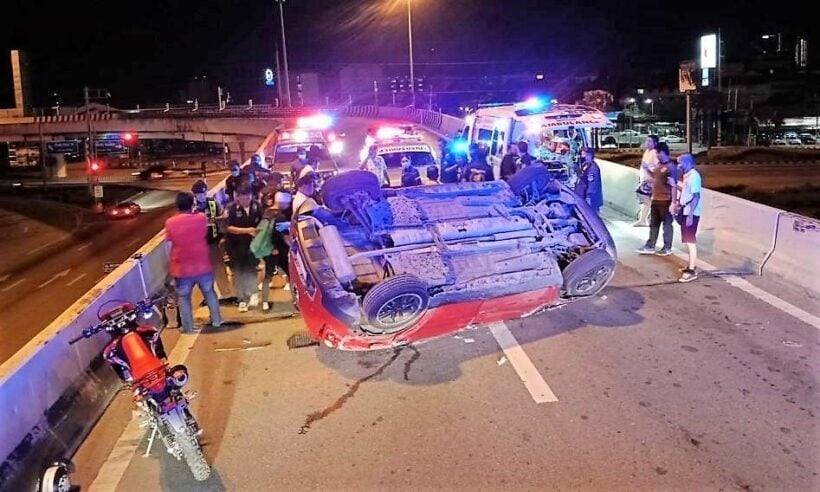 Pattaya police are investigating an incident in which a car flipped over on motorway 7, injuring five school-age occupants. The car’s driver was allegedly speeding and lost control of the vehicle on a bend, which flipped over and landed on its roof. Multiple emergency response units arrived at the scene to attend to the injured passengers.

All the occupants are believed to be between the ages of 16 and 18 as their names have not been released due to their age.  3 have been seriously injured while the other 2 have minor injuries.  The driver is reportedly in critical condition at the hospital.

The Pattaya News reports that one of the passengers says the car was travelling at a high speed when the driver lost control. The teenagers were reportedly coming from an entertainment venue, but the interviewed passenger denies that any of them had been drinking. Police say they are still investigating and are looking at CCTV for clues.