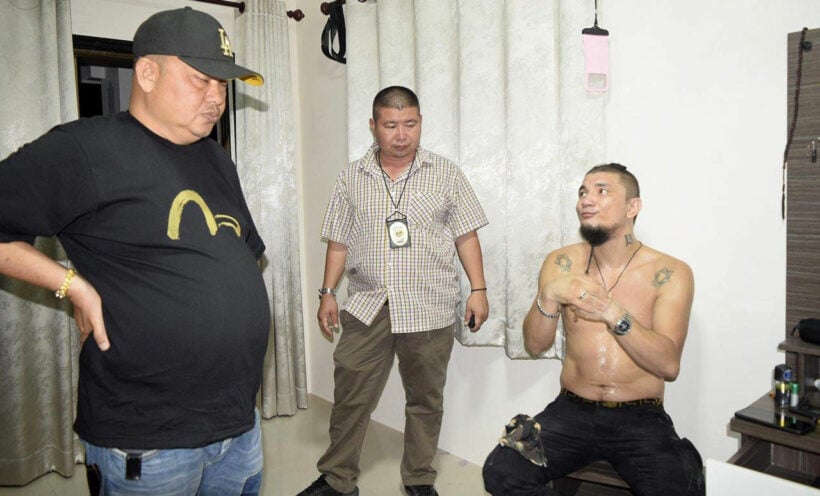 Chon Buri Provincial Police arrested a Russian man today in relation to a visa overstay and reports that he was selling narcotics to tourists, predominantly visiting East Europeans at bars and nightclubs in Pattaya’s Walking Street. Russian national Maxim Kurbatov, aged 33, barefoot, shirtless and visibly intoxicated, was swooped on by several officers outside his rented house, along with two equally intoxicated Russian women in South Pattaya.

A raid of the property uncovered a great deal of drug paraphernalia and large quantities of packaging for Ritalin and other over-the-counter medications that Kurbatov appeared to be selling as methamphetamine and cocaine to tourists.

Despite the alarming discovery, police announced no narcotic charges were laid, even despite a small amount of marijuana. However, Kurbatov, who entered the Kingdom on March 24, 2015 on a 60 day visa will be processed for deportation for a 1,755 day visa overstay. 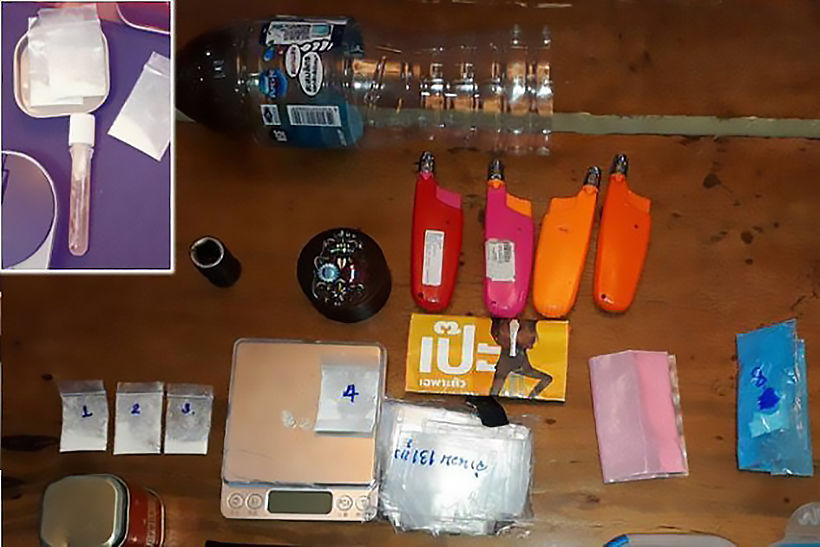 Police thanked the two Russian women for their cooperation and sent them home, with the advice to be more mindful of whom they houseshare with in future.

Wife and sister stabbed to death in Chon Buri, second domestic murder in a day