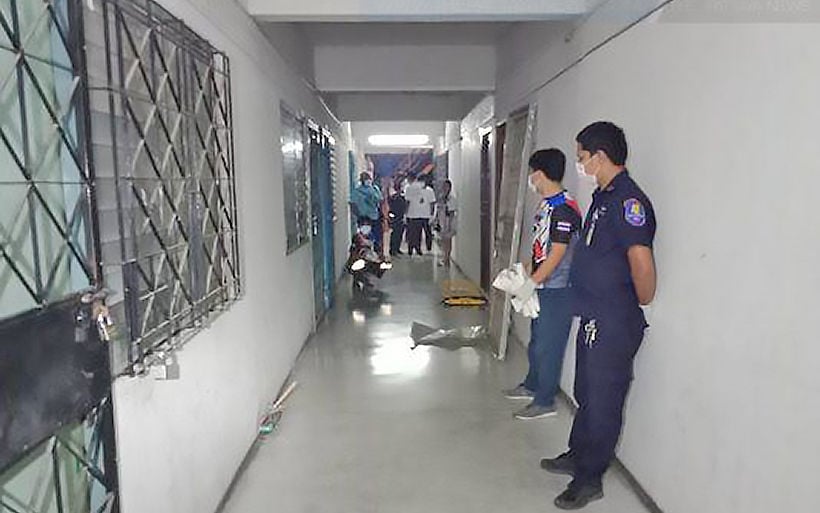 PHOTO: Emergency responders at hospital in Pattaya awaiting news on the body of the Irish man - The Pattaya News

An Irish man has been found dead in a room at a condominium in Pattaya. Police were notified of the discovery Sunday night. Police, emergency responders and reporters rushed to the room, which was locked from the inside.

Inside they found the naked body of an Irish man around 50 years old, identified as Peter Alexander Campbell, on the bed. There were no signs of struggle or trauma.

Area residents told local media of a bad smell coming from the room, which made them call authorities.

Pattaya police are investigating to find the exact cause of death and have informed the Irish Embassy.

Keep in contact with The Thaiger by following our Facebook page.
News Categories:Pattaya
Related Topics:deaddiedIrishmanPattaya
Up Next 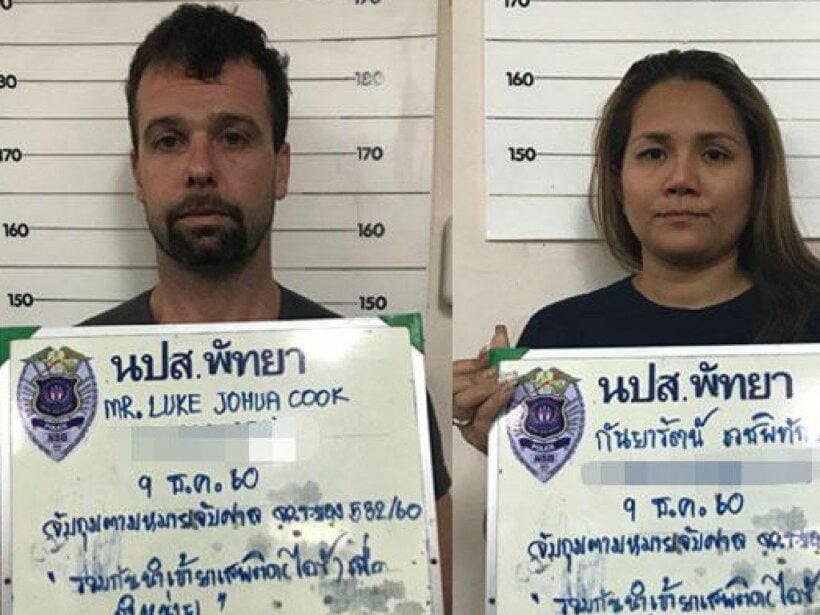 PHOTO: Luke Joshua Cook and his Thai wife Kanyarat Wediphitak at the time of their arrest - Police photo

On Wednesday the Region 2 Provincial Court of Appeals in Rayong province, near Pattaya, upheld the conviction and death sentence of Australian Luke Joshua Cook, his Thai wife Kanyarat Wediphitak and a Californian man, Tyler Gerard.

All three were arrested in December 2017 on multiple criminal charges, of which the formal accusation was “the failed importation of 500kg of methamphetamine by sea-going transport into the Thai Kingdom using the yacht “Jomandy”.

The yacht was acquired by Cook and Kanyarat from Malaysia using their unlicensed boat importation business “Global Marine Solution”, which according to police was specifically for unlawful operations funded by deceased senior Hells Angels member Wayne Rodney Schneider.

According to the Court during May and June 2015, Cook and Gerard took the Jomandy from a marina near Pattaya City to rendezvous with a Chinese vessel in international waters, where the drugs were loaded onto the yacht. En route back to the marina, navy vessels on routine patrol approached them and they dumped the cargo overboard. It eventually washed ashore where it was discovered by locals.

The plan was reportedly to store the narcotics temporarily in Thailand while a custom keel was built for the Jomandy where the drugs were to be concealed while yacht sailed to Australia.

In December 2015, Cook and Gerard were arrested and pleaded guilty to the abduction, death and burial of Schneider which dominated local Pattaya press at the time.

The video below shows a press conference held after the arrests;

A man named Antonio Bagnato was also arrested, but he denied the charges and was ultimately sentenced to three years for assault, after a successful appeal against the death sentence issued by a lower court. 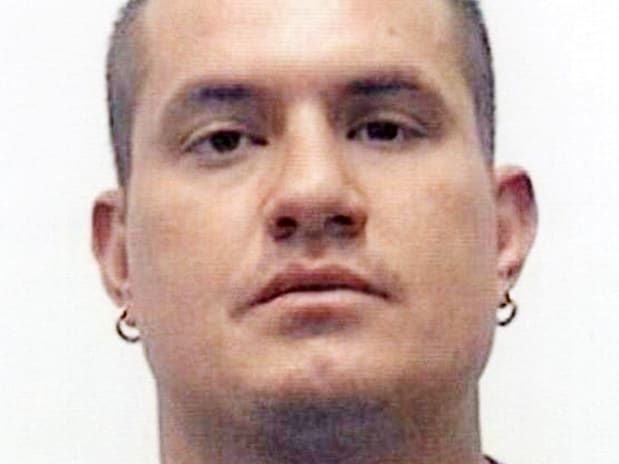 The Court of Appeals handed down the decision on Wednesday based on evidence and witness testimonies such as that given by the man who purchased the Jomandy from Cook, for substantially less than what Cook paid – suspicious, since Cook was in the business of importing used boats into Thailand for a profit, not a loss. Additionally, Cook and the two accused denied any wrongdoing with no credible evidence to support their defense and claimed they had been framed by two of the prosecution witnesses, one of whom they claimed had rented the Jomandy from Cook and undertaken the failed meth importation.

This was deemed impossible by the court as witness was shown by foreign and Thai authorities to have been in another country when the crime was committed. Court officials said this confirmed that the accused knew of the crime and were attempting to frame someone else.

Bagnato, Cook and his wife are currently in a Thai prison awaiting a trial date for charges relating to illegal firearms, one military grade, discovered in police raids after Schneider’s body was discovered.

All three have denied the firearms charges, but investigators say Cook and his wife will likely be convicted as the firearms were found in his hotel room and a rental vehicle whose keys he possessed when arrested in December 2015.

Senior Thai officials gone on record calling Cook and his wife con artists and compulsive liars, citing the couple’s claim that they never had any dealings or contact with the Hells Angels. A Facebook conversation from Cook’s smartphone with his wife where they together reference Hells Angels members arrested by Pol Lt Gen Surachate “Big Joke” Hakparn.

The cell phone video was provided to The Pattaya News from a source at the Region 2 Police.

SOURCE: This story is an exclusive of The Pattaya News 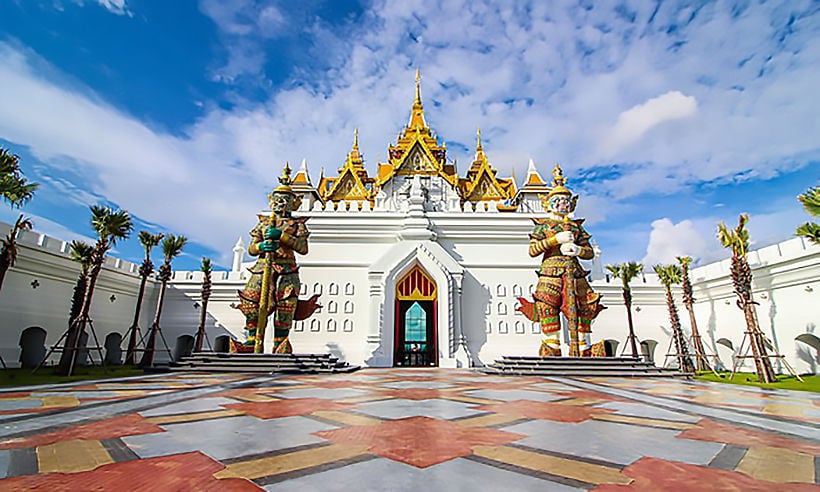 The Legend Siam, a major cultural amusement park in Pattaya with shows and cultural attractions about Thailand, has closed and laid off all workers. A statement yesterday said the move was due to the current economic situation in Thailand caused by the coronavirus outbreak.

The announcement, in English, read: “Due to the economy in Thailand last year and the COVID -19 situation around the world, many tourists have canceled their trips especially in Chonburi and from China, which was a significant source of our business.”

“The company cannot continue our business at this time where we are losing profit. We have to close the business and stop to hire staff from March 3.”

“However, compensation will be paid to staff following the law.”

“Thank you to everyone who did [their] best for the company. You will be employed again if the economic and Coronavirus situation improves. ”

The Legend Siam featured elaborate shows with dozens of performers, who performed with weapons, did aerial acrobatics and more.

For the latest news and developments regarding the coronavirus around the world, click HERE.

PHOTO: Police investigate a villa where the suspects stayed - The Pattaya News

The Thaiger recently reported the case of a thirty year old Chinese man who had visited Pattaya, found dead and stuffed in a suitcase with his arms and legs bound. The suitcase was found in the Ping river in northern Thailand’s Kamphaeng Phet Province. Our original article on this story can be found HERE:

Additional details have arisen regarding the case: Police say the victim, Jun Wang, 30, arrived in Thailand on February 12 with fifteen other Chinese Nationals. They were not a tour group and their movements and activities were not typical for tourists. The group rented three villas during their two day stay. The remainder of the group left Thailand on February 14.

A video of the story from The Pattaya News can be seen HERE:

Chon Buri police and Immigration officials, with the assistance of several other relevant agencies, yesterday investigated several guest houses where the group stayed. Their current belief is that the man was murdered in Pattaya.

After the murder, a local minibus was rented which drove several members of the group to the northern Kamphaeng Phet province with a suitcase, which was dropped in the Ping river.

PHOTO: Police investigate a villa where the suspects stayed – The Pattaya News

Police say the investigation is ongoing and arrest warrants are being drawn up. No motive has been given at this time.