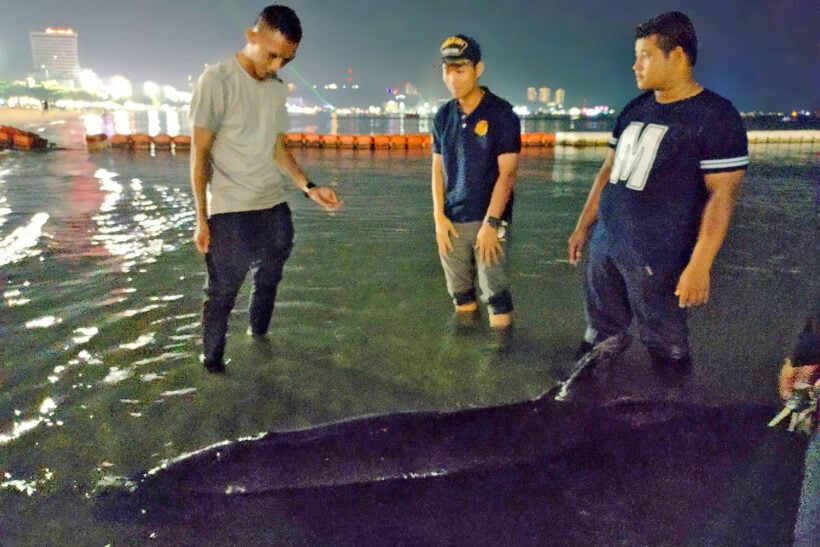 A large dolphin species called the False Killer Whale, resembling a black killer whale, is undergoing treatment after it was found washed ashore on a Pattaya beach on Wednesday.

The Bangkok Post reports that the whale was found by a fisherman on a beach in the Bang Lamung district of Pattaya. Jirayu Wanphusit says he spotted the whale when it took the bait off his fishing line and then tried to pull him and the fishing rod into the sea.

Mr Jirayu could see that the creature had multiple injuries and contacted authorities. Officials say the mammal is 3.4 metres long and weighs 300 kilos. They believe some form of severe trauma caused its injuries.

The whale is now being cared for at the Royal Thai Navy’s Sea Turtles Conservation Centre at Sattahip Naval Base in eastern Thailand.

British tourist nabbed in Pattaya after overstaying visa by 26 days

It was THAT big! Pattaya fisherman snares a REALLY big sea mammal.