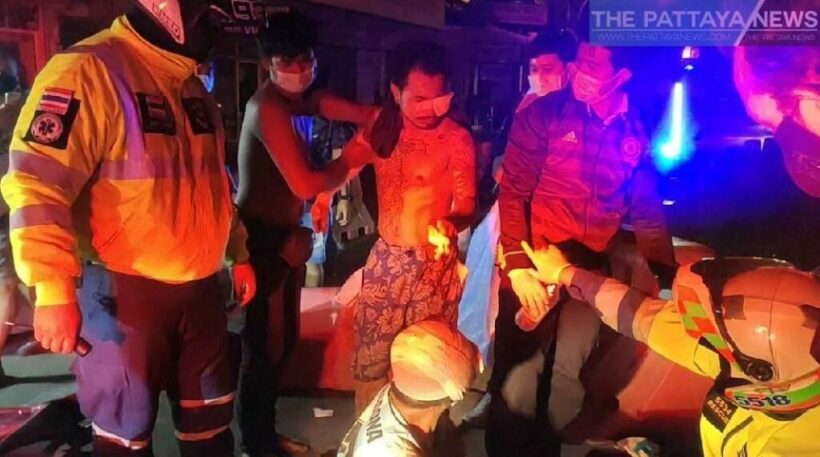 An angry motorbike passenger involved in a collision that injured 3 in Pattaya has attacked the driver for crashing. The Pattaya News reports that 3 people have been injured after a motorbike drove into road barriers at an intersection on South Pattaya Road.

Emergency workers arrived at the scene to find a damaged motorbike and the injured driver and his 2 passengers. The driver had sustained injuries to his face and was bleeding heavily. Both passengers had sustained minor injuries. None of the injured have been named. 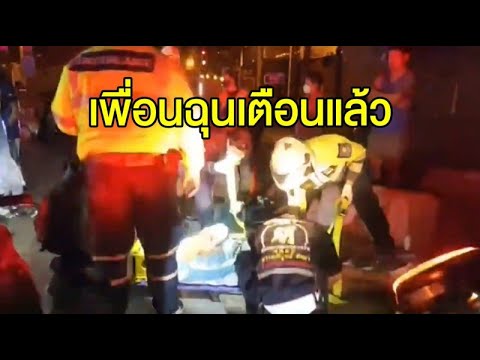 While the driver was being treated by emergency workers, 1 of the passengers began physically attacking him, saying he’d told him to be careful. Medical personnel were able to stop the dispute and get the driver to a local hospital for further treatment. It’s understood the 2 passengers refused treatment.

The police have not yet confirmed if there will be any charges arising out of the collision.