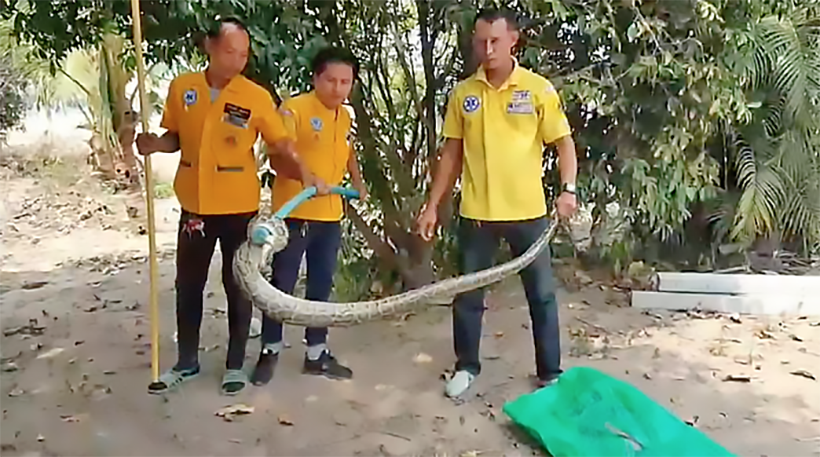 PHOTO: Snake catchers in Sri Racha pose with their prize, which will be released back into the wild - 77Kaoded

A three meter long python was caught yesterday after a dog in Chon Buri province’s Sri Racha district barked out multiple warnings. Authorities were notified of in the afternoon of an incident at a house in Nongkham.

Rescue workers arrived at the house to find the huge python near the house where the dog was barking at it and keeping people away. The dog’s owner, 46 year old Samai Yimyoo, said the dog was keeping him and others in the area safe. 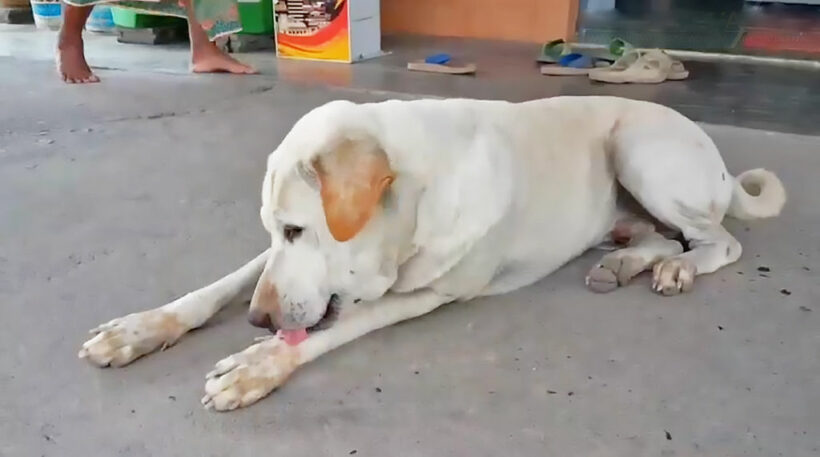 It took about 10 minutes to catch the three meter python, which weighed about 20 kilograms.

Samai says he heard his canine pal barking furiously and went to investigate. He discovered the massive reptile and called for help. The python will be released back to a local forest.

Pattaya Floating Market cleans up its act to prevent Coronavirus