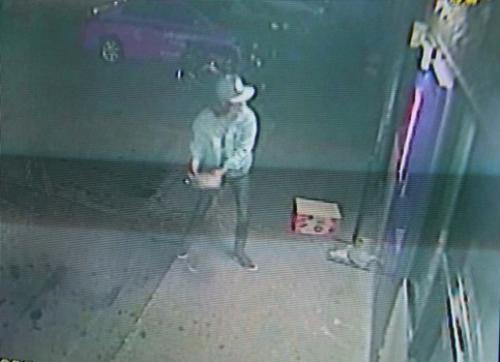 PHUKET: Nobody likes having their card swallowed by the ATM – but most people take it on the chin.

That’s not how you could describe the actions of 26-year-old Ekaphong Bunyaratphan, who got rather upset when his card was gobbled by a cash dispenser in Samut Prakan.

Mr Ekaphong, who was more than a little “refreshed” at the time, lost his temper and started smashing the defenceless ATM machine with a brick. His friends soon came and stopped him from doing any more damage and sped him away from the scene.

Unfortunately for Mr Ekaphong, he chose the wrong ATM to mess with: it was in a gas station and the whole incident was caught clearly on CCTV.

Staff called the police, who arrived at the scene minutes after Mr Ekaphong fled. The screen of the machine and the buttons had been smashed to pieces.

They arrested the still highly intoxicated young man, who later confessed to the whole thing. He was charged with damaging property.