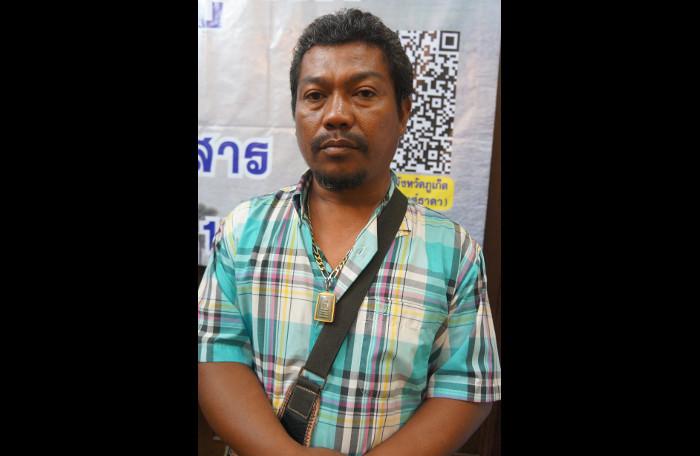 Nirund Yangpan, a fisherman by profession and father of four sons, was born and raised in Rawai’s sea gypsy community. His family has been fishing for generations, but times have changed and now he fears the worst.

Here, he talks about how tourism and new fishing regulations have impacted their traditional way of life, making it harder to earn a livelihood.

PHUKET: Phuket’s growing tourism industry is a leading cause of changes in my community’s way of life. In the past, we only fished to feed our families and traded the extra fish we caught for uncooked rice. That’s the way it’s been done since I was a boy. My family has been fishing for generations, but times have changed and now I fear the worst.

The changes started when people in neighboring areas began to visit Rawai for fresh fish. When a seafood restaurant, named ‘Mook Dee’ opened up, it increased the number of visitors to the area, and encouraged more businesses to set up. This changed the nature of the community, from a small, local area to a much-frequented tourist district.

Another factor impacting our business is the drastic change in zoning laws and fishing regulations, which limited the number of fish we could catch.

In order to attract tourists, additional fish markets in Rawai have opened, putting a burden on fishermen such as myself.

The markets are flooded with new fish vendors, who wish to capitalize on the demand. Sometimes the fish they are selling isn’t even local, but imported from elsewhere and sold in local markets. Due to the increased competition and zoning laws, we cannot use traditional methods of fishing with spears and bamboo handles in shallow waters. We have been forced into deeper waters, and have had to buy boats and better equipment.

After marine national parks were introduced, fishermen in my community were arrested for fishing illegally. A number of them had to sell their boats in order to fulfill the legal obligations and fines that followed. Others simply left the profession behind.

I would like to see Phuket’s tourism grow side-by-side with the traditions of my people. Tourists would also like to see the way of life that sea gypsies have had for generations, and the Tourism Authority of Thailand (TAT) should make an effort to preserve and celebrate our culture.

We have to adjust our way of life to match the changes around us, but I don’t want to see our traditions – which we have carried on for hundreds of years – disappear completely, simply because tourism is bringing more income to the island.

A Decade Ago: General elections, traffic woes and mayor of Laguna