In a sign that the Thai education system still has a way to go, the Bangkok Christian College has been forced to backtrack on using the phrase “sexual deviation” to describe transgenders and other shades of the GLBT spectrum. But the college insists it will still host a controversial seminar in Bangkok as planned.

The seminar, “How to raise a child to not be sexually deviated” is being run by the all-male student Bangkok Christian College on Monday.

A spokesperson for the Parents Association at the college said, “the seminar is exclusively for parents of the school’s students and aims to attract 20-30 people.”

“Parents should be able to raise their children in a way that causes them to identify with their (birth-assigned) biological sex”, he insists.

The controversy surfaced as gender-diversity groups on Thursday denounced plans by the all-male school to host a seminar for parents on the theme of protecting their children from “sexual deviation”.

The college has backtracked on their language but have no apologies for suggesting parents should be able to impose expectations on their children to identify with the gender they were assigned at birth.

“I accept and respect LGBT people, but that doesn’t mean I encourage my son to be one,” he said. The Facebook page for the college carries an advertisement for the event.

The college’s ignorant, or at least ‘old fashioned’, language seems to imply that they believe sexual diversity is somehow ‘made’ by influences at home. The language also suggests that, by wanting to ‘prevent it’, that there is something wrong with people who grow up a slightly different shade of grey in the sexual orientation spectrum.

The Bangkok Christian College was the first private boys’ school in the Kingdom of Thailand and was founded in 1852. Whilst the college was founded on strong Presbyterian traditions, the students at the college are mostly, according to their Wikipedia site, Buddhists.

“We don’t intend to impose hatred or disgust on sexually diverse students or sexually diverse people,” said Chatchai Charuwatee, a member of the school’s parents association that co-organised the forum.

Well, they did. Their implications are scientifically inaccurate and simply reinforce old Christian text – many passages in the New Testament assert hate and violence against gay people. These sorts of passages, cobbled together by ignorant sheep herders 2000 years ago, and translated and interpreted by Christian theologians in the middle ages, have no place in a modern country, especially a modern Buddhist country.

Gender diversity groups claim the forum’s theme stigmatises LGBT people and oppose the seminar. They say the forum may also violate the Gender Equality Act 2015. The law forbids any act that causes division, discrimination or limitation of any rights and benefits due to a person’s sexual orientation. 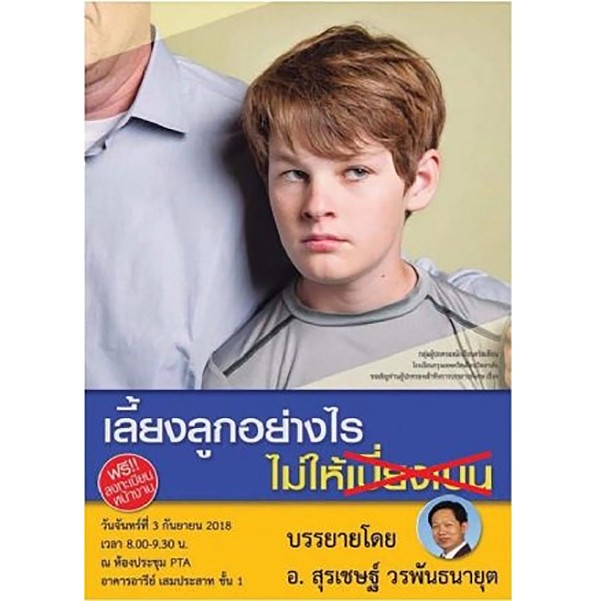 Pattaya police told to clean up their act

Getting longer life out of your outdoor furniture