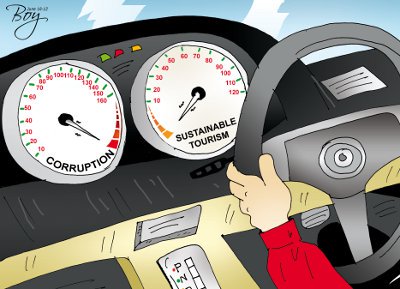 PHUKET: Every now and then, local officials do things that either stun the Phuket Gazette’s readers or slide right past them. The news stories this week about the push to establish a “Chalong Hospital” and the projected opening of the Patong Tunnel both highlight a phenomenon often overlooked – that sometimes officials do have the public interest at heart.

Local authorities pushing to upgrade the Chalong public health clinic deserve credit. The officials give as their reason a motive of the highest order: People in need of emergency medical care in the southern reaches of the island are dying in transit before reaching the major hospitals located in Phuket Town.

These officials are lobbying the Ministry of Public Health to “bend a few rules” to make the Chalong Hospital project a reality. They have already been given Cabinet approval, at least “in principal”, to establish the country’s first subdistrict-level government hospital. They are also moving forward in another key area: acquiring the needed land and lining up private investment.

Similar refinements are at work in the Patong Tunnel project, which when completed would become the first tollway built by the Expressway Authority of Thailand (EXAT) to not only allow motorbikes, but provide them with a dedicated lane for added safety. Let’s just hope the toll collectors can bar entry to illegally-modified motorbikes like salaeng and and the other contraptions that cause so many unnecessary accidents year-in and year-out.

If the online forum comments posted by the Gazette‘s most cynical readers are any indication, many foreigners read into such infrastructure developments first and foremost a hidden agenda of corruption, with officials railroading projects through as a way of feathering their own nests.

Cynics tend to portray official corruption as an everyday fact of life on the island. The reality, however, is that very few law-abiding people suffer at the hands of corrupt officials on a regular basis. The average resident is only confronted by graft at certain critical junctures, but this is often enough to reinforce the impression that official corruption is more widespread than it actually is.

A sad result is that many honest, well-intentioned officials are also assumed to be on the take.

A topic seldom discussed in forum discussions is the extent to which official corruption exists in the foreigners’ home countries, especially where large government contracts are involved.

For some reason, some foreigners seem so attached to a cynical view of life that they tend to forget that few people are truly good or truly evil, and that most will go out of their way to do the right thing if the opportunity presents itself — public officials included.