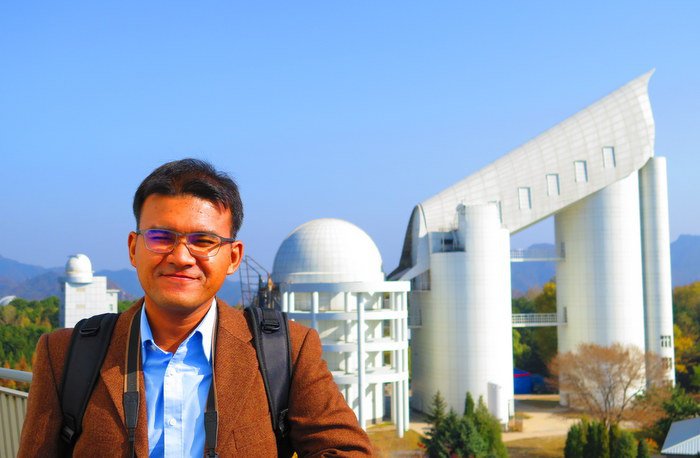 Dr Utane Sawangwit, 33, has been an astronomer at the National Astronomical Research Institute of Thailand (NARIT) since 2012. He is a Phuket native who earned a PhD in Physics from Durham University in the UK in 2011 and his Bachelors and Masters of Science from the University of Cambridge.

Here, he talks about how astronomy should be incorporated into tourism.

PHUKET: When most people think of astronomy, they think of things that are very far away from us. What they don’t realize is that it is a part of our everyday lives and has the potential to be a positive facet of the tourism industry.

Though the light pollution in Phuket is not as bad as other big cities, in terms of the potential for astronomy tourism, it is very bad, as it is hard to see the stars from most parts of the island.

With this pollution, how can Phuket children describe what the Milky Way looks like? Years ago when I was growing up in Phuket, it was very easy to see the beauty of the Milky Way. Even during the day, you could close your eyes and imagine what it looked like at night.

Now, many people even miss important meteor showers. There are so many wonders of the night sky that children might now only see in a planetarium, on star maps or on their smart phones – they are losing an important connection with the universe.

As a Phuket native, who still very much loves his home, I can see that locals are no longer as happy as they used to be. The environment of the island has changed; the cost of living has increased and our natural resources are dwindling as all forms of pollution are increasing.

The tourism sector in Phuket must branch out in different ways. I think there is a need for quiet, safe places, set far from city lights and nightlife venues – places where tourists and locals can enjoy the peacefulness of the island under the stars, somewhere people can go outside with a telescope and view the night sky and appreciate the natural beauty of it.

Developing a facet of the island’s ecotourism around astronomy would be very good. The more time people spend outside in nature, the more of a chance they have to witness the changes that are being made to our planet. People will become more interested in preserving nature and less interested in selling out our beautiful beaches in the name of tourism.

It would be nice to see an area on Phuket that doesn’t already suffer from light pollution developed in this way, or even to see a resort taking the initiative to support astronomy tourism. It would be a good way to remind people how lucky we are to be surrounded by such extraordinarily beautiful nature.

This realization would prompt people to start doing what needs to be done to preserve it.

Because Phuket is rapidly growing, it is difficult to preserve the natural beauty of the island. It all comes down to those who live and work here, including the local government bodies, to manage the island and help it produce as little pollution as possible.

It is everyone’s responsibility.