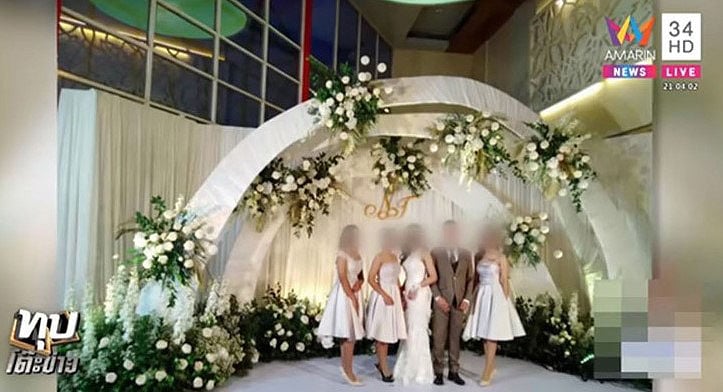 A woman has divorced her husband after 8 months of marriage after she discovered he’d lied about being a multi-millionaire. Incredibly, this was the only reason she’d married him in the first place.

She has now ended up 5.7 million baht in debt, having had to pay for the lavish wedding herself.

Thai Residents reports that the groom claimed to have over 20,000 million baht in the bank, as well as being a business consultant with his own private jet company. It’s understood he has also claimed in the past to have worked as right-hand man to Thaksin Shinawatra.

The extravagant wedding ceremony took place at a fancy Buriram hotel and cost over 3 million baht, on top of a dowry payment of 1.6 million baht.

Shockingly, the husband disappeared right after the wedding, leaving the bride to pick up the pieces and pay one very expensive tab.