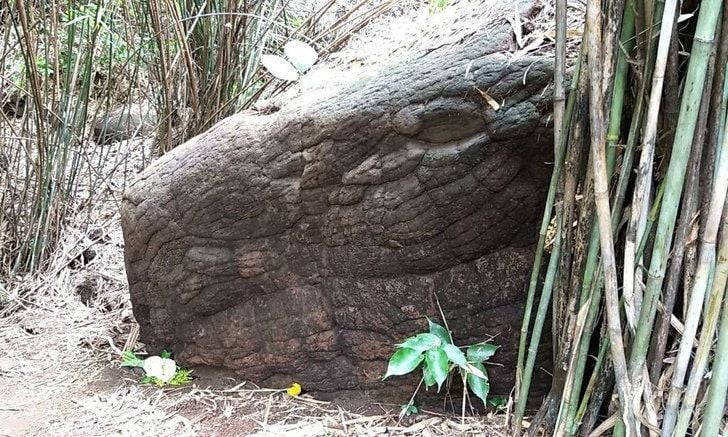 A cave known for its rocks resembling snakeskin is closed after some visitors vandalised the cave by rubbing the rock formations, hoping to find lucky lottery numbers. Other people wrote insulting graffiti on the rocks.

The Environment Minister Varawut Silpa-archa ordered the immediate closure of the Phu Langka National Park’s Naga Cave until officials can come up with a plan to protect the cave. He says they also need to remove the graffiti.

“I want to deeply apologise to travellers over the sudden closure. We lack measures to prevent damage being made to natural treasures. As for the vandals, if you can’t be a nice tourist, stay home!”

The Bueng Kan province cave has only been open for a year. It was discovered by the nearby Wat Tham Chai Mongkol. The rock texture resemble snake scales while another rock formation at the cave resembles a snake’s head. It’s said to be related to the giant mythological snake Naga.

The 75 to 80 million year old sandstone cracked over time from temperature change, expanding during the day’s heat and contracting during the cool night, according to the Department of Natural Resources.