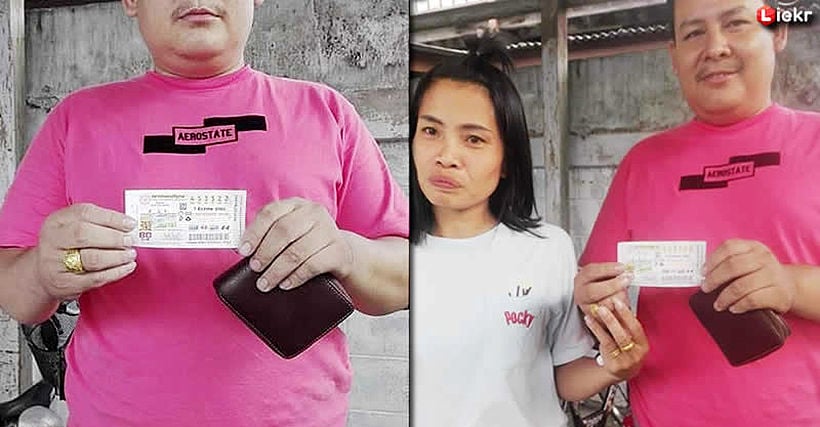 A husband and wife were driving back to Yasothon Province in the north-east from Bangkok when they checked Sunday’s draw of the twice-monthly Thai Government lottery. They’d won the first prize! 6 million baht.

The couple work as vendors at the Sampeng Market in ChinaTown, Bangkok. The winning numbers were 453522.

23 years old Methinee and her 34 year old husband Praiwan turns up to show the media today their winning tickets and two broad smiles. The say they’ve been working together everyday selling at the Sampeng market in ChinaTown. The market is famous, or infamous, for selling cheap bulk items from China. They were on the way to visit Methinee’s family in Yasothon when they checked and realised they’d won the big prize. Methinee explained she has 6 brothers and sisters who still live and work in their hometown.

She says met her husband and fell in love before moving in together and had 1 child. They have just finished building a house and the car that they’d leased still had a few months of payment left. But they thought they had created a good start for their small family. Now all that has changed.

They say they selected their lucky numbers from their car number plates or “whatever feels right”. The one winning ticket delivered them a total of 6 million baht.

Praiwan told the media he wants his wife to keep and control the money received from the prize. They say they will pay off all the debts and then bank the rest for their child.