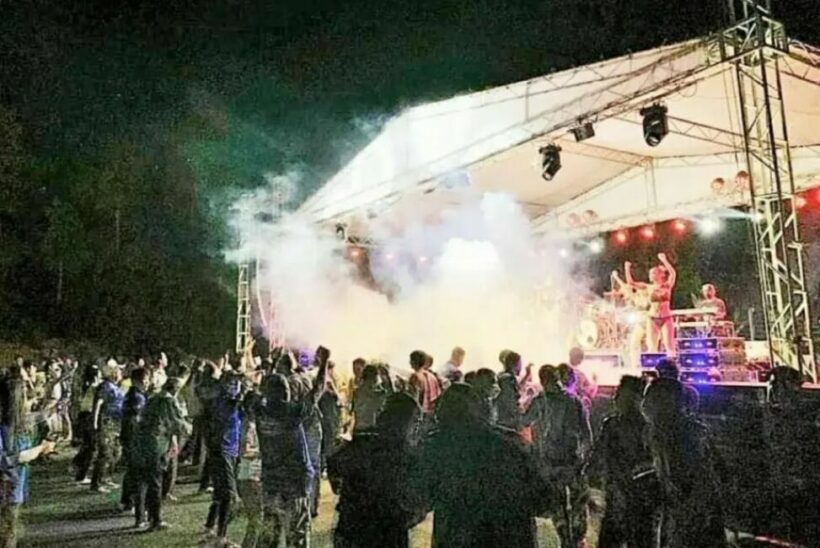 After a video surfaced showing a wild party with sexy girls in tiny outfits held in Khao Yai National Park, the Park Chief has been transferred while a full investigation is conducted. The party was held on January 26 and seemed to be in violation of both the Covid-19 control laws and the National Parks Act.

The event was a much larger and wilder version of the annual celebration to commemorate the Chao Phor Khao Yai shrine, and people paid respect to the Chao Pho Khao Yai holy spirit in the morning before the festivities evolved into what officials called an inappropriate party in the evening with “coyote girls” hired to dance and entertain along with the live music and alcohol served.

The yearly event includes other activities such as sporting events and is usually capped with the park band performing a folk music concert. This year though, the Park Chief went all out, paying 50,000 baht to a show agent that arranged the concert and sexy dancers. Senior park officials also pooled money to serve a 20,000 baht Chinese buffet spread.

Attendees were warned not to post photos or videos of the all-out event on their social media account, but one person posted a video clip and several photos of the wild party. People online were quick to condemn the inappropriate event at the national park.

The Ministry of Natural Resources and Environment’s National Park Office got involved along with the National Parks, Wildlife and Plant Conservation Department Director-General and after an investigation confirmed that the video and photos were indeed of a party held inside the national park. The Park Chief was then transferred pending further investigation and review.

The chief offered an apology to his bosses and took to Facebook to issue a formal apology to the public.

“I would like to offer an apology to my superiors and all people over news regarding the holding of New Year celebrations at Khao Yai National Park that cast the organisation in a negative light. I admit my mistake over what happened.”