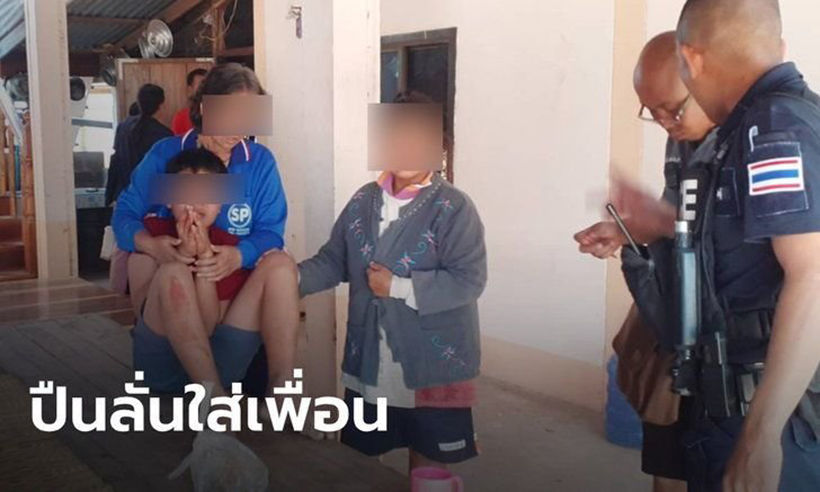 PHOTO: The Thai caption reads: The gun fired at his friend - Sanook

A thirteen year old boy is dead in the northeastern province of Kalasin, after being shot by a friend playing with his father’s gun. Police and medical services were called to a house in Nong Kung Sri district on Sunday morning after the boy was shot, local media report.

Police say that three boys were playing when one boy, aged 12, got his father’s homemade gun and shot at his friend.

The victim was hit in the head with six pellets. He died in Kalasin hospital on Monday after being transferred from a local hospital.

No adults were at the home at the time of the incident.

Korat Massacre – Did police use a drone to find the gunman?