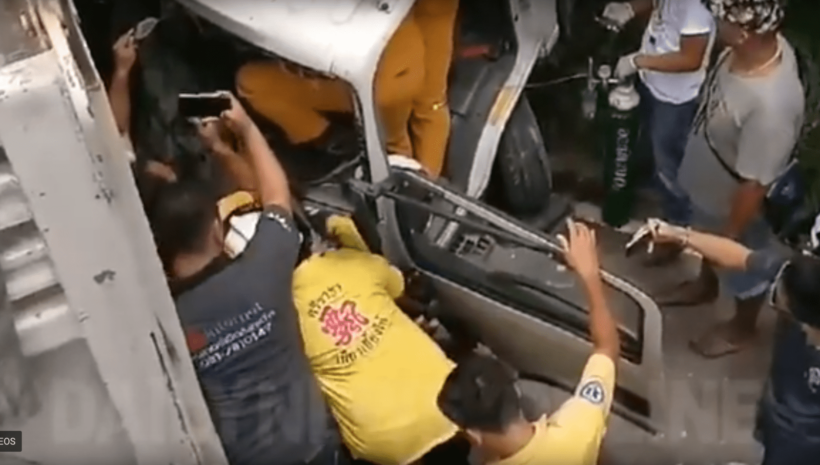 Nakharin Kaewchalerm from Sri Racha’s Phiaw Yiang Thai rescue in Chonburi arrived at the scene of a truck collision. He said the driver was stuck in the cab and needed to be cut out and given urgent treatment.

Video footage shared online showed a TV news reporter lash out at a rescue medic trying to do his job at an accident scene.

When rescue arrived the news camera team were already on the scene filming and blocking his way. He had to push his way forward past a man with a camera who then got upset and aimed a blow at the back of his knee.

“Do these people have any humanity?” asked Nakharin who said it was his duty to help and he was only trying to do his job.