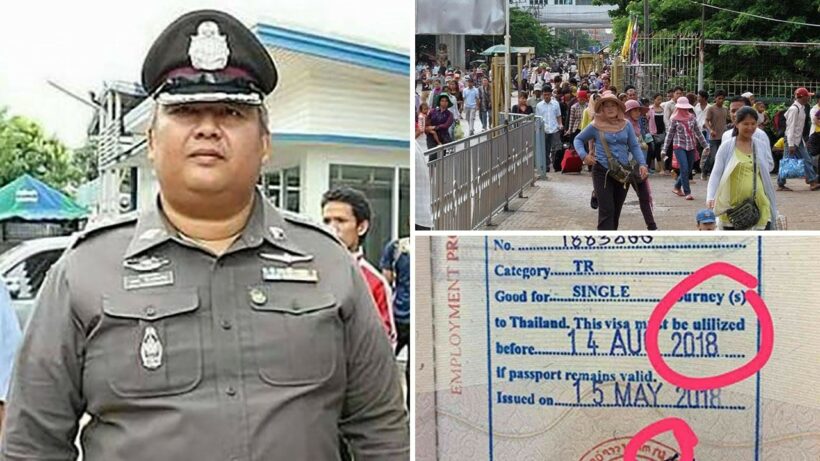 Thai Rath are reporting that an extensive network of fake visas for Thailand is emerging, being issued in Myanmar.

Two men were arrested in Ayuthaya two days ago while attempting to extend their fake visas. They were found to have dodgy stamps but the two claimed it “was news to them”. They claim that they had gone to the Royal Thai embassy in Yangon and paid 6,000 baht for, what they thought, were legal visa stamps.

At an immigration office in Mae Sot, a province on Thailand’s north-west border with Myanmar, officials report that 69 Burmese nationals have been found with fake visas since June 27. In another case a husband and wife who applied for visas at the same time were found to have one fake and one genuine visa.

Thai authorities in Myanmar are urgently trying to get to the bottom of what is going on.

The fake visas are not just being issued in Yangon. It appears that they are being issued throughout Myanmar.

The Thai Rath report estimates the number of Myanmar nationals arriving on fake visas in Thailand as high as 20,000 people in the last three months.

Some of the fake visas are easy to pick up with a spelling mistake – the word utilized spelled “ulilized”.