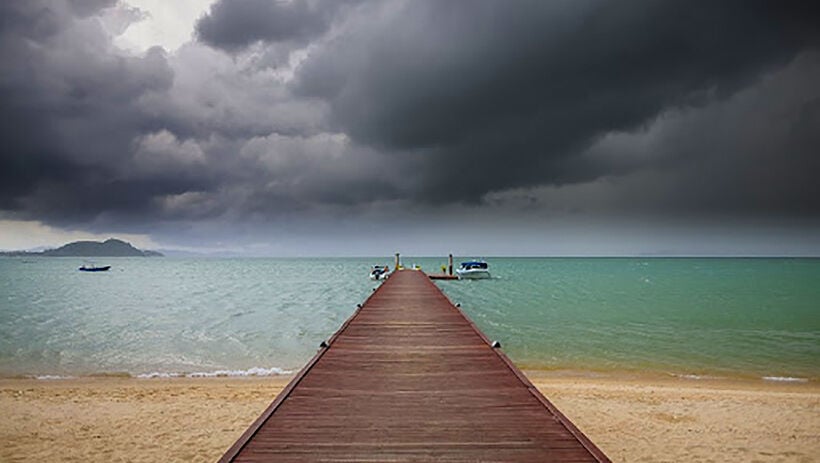 With tropical depression Dianmu now well into the Bay of Bengal and continuing to weaken, another low depression sits over Thailand’s lower north, continuing to drop rain in most parts of the country. The region is also coming to the end of the annual typhoon season which whips up west-moving storms from the Pacific and into the South China Sea (more below).

Published this morning on Thailand’s TMD…

“The monsoon trough lies across the lower North, the central and the lower Northeast associate with the low-pressure cell covers the Central. Meanwhile, the southwest monsoon prevails over the Andaman Sea, the South and the Gulf of Thailand.”

Put in plain English, expect some more rain in most parts of Thailand as the country enters its traditional wettest month of the year, October.

“Continuous rains remain over the country with isolated heavy rain remains over in the lower Central, the East and the South… The southwest monsoon prevails over the Andaman Sea, Thailand and the Gulf of Thailand throughout the period.”

The 2021 Pacific typhoon season runs throughout the year, with no specific seasonal boundaries, but most of the regional tropical cyclones (called typhoons in this part of the world) are typically whipped up between May and October each year. The season’s first official typhoon, ‘Surigae’, reached typhoon status on April 16 this year. It was the strongest tropical cyclone so far this year. 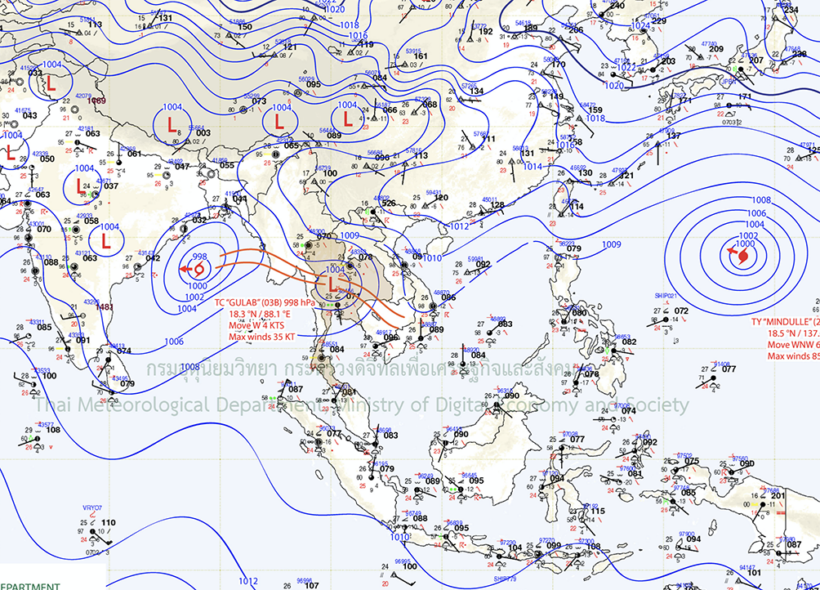