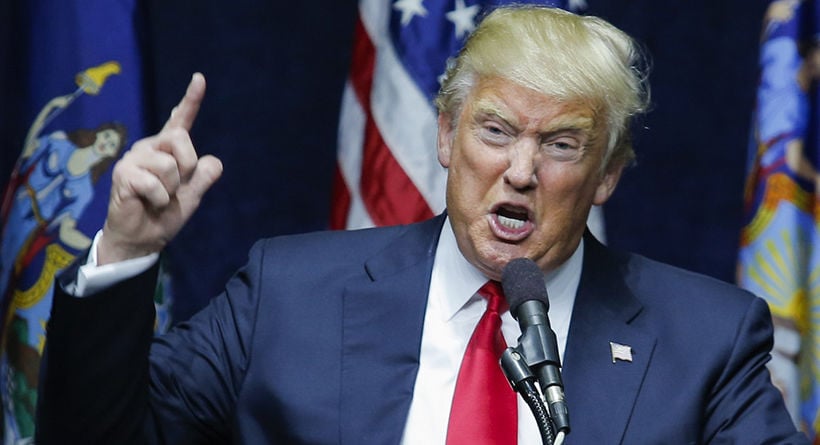 Gaffe-prone US President Donald Trump, recently mocked for his mispronunciation of the name of Yosemite National Park as “YO-semite”, has stuck his foot in it again: Finland is obviously for fins, Switzerland for switzers, Iceland for ice and Holland for the nethers. Surely there’s a home for everyone’s favourite part of the leg, between hip and knee? Very stable genius Trump made a compelling case for it today, amazing the world with his unique pronunciation of the Land of Smiles.

At a campaign event which hit the interwebs early this morning, Mr. Trump dropped his unique take on “Thighland” while whinging about one of his pet grievances: perceived unfair trade.

“Foreign competitors … shifting production to Thigh-land,” he said during the speech, before quickly correcting himself in the next sentence and expressing his fondness for its undemocratic leadership. “Thailand and Vietnam, 2 places that I like their leaders very much. … They’re very nice to us … Do they take advantage of the US? Not so much anymore!”

But far-right political provocateur and Christian academic, Dinesh D’Souza suggested that Mr. Trump is the first person to actually get it right…

“I’m highly amused to see supposedly sophisticated media types snickering at @realdonaldtrump for saying ‘Thighland.’ These faux-sophisticates don’t realise Trump’s way of saying it is right. “Tai-land” is the crude lingo of people who have never been to ‘Thighland.’ ”