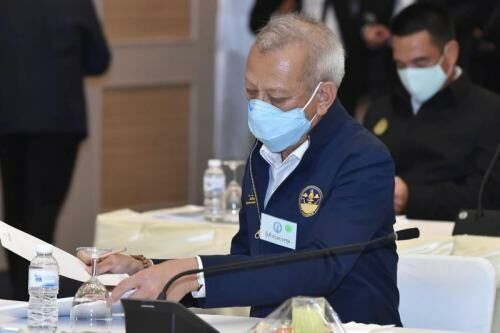 Don’t worry… Thailand’s Tourism and Sports Minister says everything is under control (as the government always says) and Omicron has not been detected in the country. Minister Phiphat Ratchakit Prakarn says the Public Health Ministry is keeping track of all tourists from high-risk countries, including the 330 tourists from eight African countries with a high risk of Omicron variant.

The minister said they all are admitted to a 14 day quarantine and will be subject to three RT-PCR tests. Between November 15 and 27, 252 tourists arrived under Thailand’s sandbox scheme and 78 under the quarantine scheme.

“We are still able to keep it under control.”

He added that there is no concern for Omicron because no one in Thailand has tested positive for the strain so far. He also urged people not to be concerned about travellers from the eight high-risk African countries because they are under the control of the Immigration Bureau.

thaicm
The government is restricting travel from some countries in Africa.  Terrific.  Yes, it was first reported in Africa but evidence shows Omicron was present in the EU before it was reported in Africa.  So why no restrictions on travel from…
Manu
13 hours ago, DiJoDavO said: Even if it enters Thailand, we still don't need to worry as all the reports said that it's very very mild.  Unlike the news who are posting titles like OMICRON, the destroyer of the world…
Jason
Further to my last post, Omicron is also in Australia now. So Thailand...Omicron is coming! Don't worry, be happy 😬
Reggie
ah ha! please please dont worry. if omicron attack you and you die dont worry we ship you back to your country. come to thailand no worries relax enjoy spend spend spend
souhir
you can check this video so you will have more updates about the new variant Omicron: https://shrinke.me/qCOpCTUB