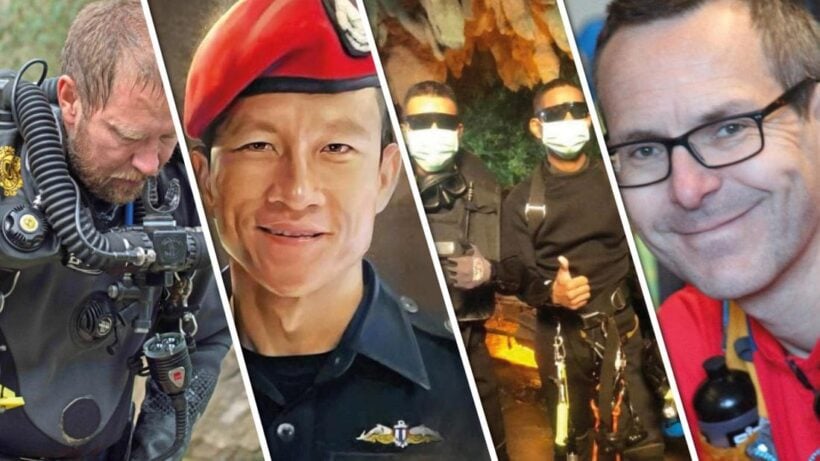 The 18 day operation in July to rescue 12 young footballers and their coach trapped in a Chiang Rai cave was 2018’s most memorable event in Thailand. Most notable for the help that poured in from all around the world and the inventive means devised to extract the 13 young men.

It was the assistance from the international community that made ‘mission impossible’, possible after all.

Foreign attention began focusing on the plight of the Mu Pa Football Club members almost as soon as reports emerged on June 23 that they’d become trapped in the Tham Luang cave complex by flash floods.

With the danger’s changing hourly daily and the outcome always in question, it was clear that expertise and equipment would be need beyond the Kingdom’s borders.

The intensive and highly dangerous search-and-rescue operation faced a series of formidable obstacles, including steady downpours that swelled the muddy floodwater in the cave, submerging whole sections of the narrow, jagged escape route, the thinning of the oxygen, the sheer darkness.

It was a new challenge for just about everyone who arrived to contribute to a new, urgent, body of knowledge that had to be assembled.

After nine days of worry, the lost 13 were found alive on July 2, on a dry perch five kilometres from the cave mouth. The desperate race to extricate them ahead of the gathering monsoon went on for another nine agonising days.

While the mission ultimately was a success, it was not accomplished without tragedy. Samarn Kunun, a former Thai Navy Seal known as “Sergeant Sam”, perished on July 6 while placing oxygen canisters along the rescue route for the divers who would bring the 13 young men out.

He sacrificed his life to help save the boys and was duly honoured by the Kingdom and applauded by the world as a hero. In all, more than 10,000 people – Thais and foreigners – were involved in the operation.

First there was Sergeant Sam, who will never be forgotten, and then Narongsak Osottanakorn, who was governor of Chiang Rai at the time and played the crucial role of feeding the media frenzy that was growing as each day passed.

Britons Richard Stanton and John Volanthen, probing ever deeper into the cave in search of the lost boys, were the ones who found them, to their own surprise and to the cheers of everyone tracking the effort on TV, online and in other media.

Both vastly experienced in complex cave rescues, they gave the world reason to believe the risky mission still ahead would eventually succeed.

Dr Richard Harris, an Australian anaesthetist from Adelaide, put on air tanks to work a small miracle of his own. The evacuation route included submerged passages that narrowed to less than 40 centimetres.

The boys and their coach had strong swimmers all around to guide them along, and the journey was made easier by shots of anti-anxiety medication from Dr Harris, ensuring they wouldn’t panic during the ordeal and jeopardise their own safety. Dr. Harris had to educate divers with little medical training how to administer the drugs along the route. He also had to ‘guesstimate’ the doses required to keep them in the right state of ‘calm’ whilst not putting them fully to sleep. The boys were also of wide ranging sizes, each requiring a different approach and dose. Without his skills the rescue operation could not have even taken place.

The Mu Pa affair had after-effects that few people could have foreseen, not least a global outpouring of helpfulness. Reports came in from all corners of random acts of kindness inspired by the Thai drama.

Ekkapol Chantawong, Phonchai Khamluang and Adul Sam-on inadvertently helped highlight a problem far too long overlooked – more than half a million people living in this country are officially stateless.

The Tham Luang cave is now being developed so that future explorations are safe. There were lessons learned. Thai rescue teams gained valuable experience in cave diving while working alongside world experts.

Watch The Thaiger’s dedication to the events as they unfolded over the agonizing two weeks….