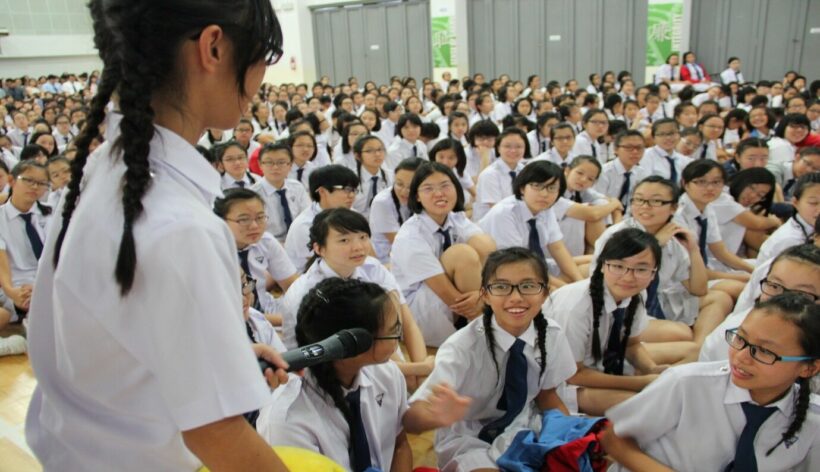 Thailand’s first female education minister is targetting bullying in schools as part of 3 policies she says she will start implementing today. Trinuch Thienthong, an MP from the coalition – core Palang Pracharath Party, says she will promote safety at schools, access to digital resources and knowledge and campaign for vocational education.

Trinuch says Thailand’s schools, must be free of bullies and child abuse. She says those who abuse students will face “decisive action.” Thailand has made the news often in terms of bullying incidents as corporal punishment, although illegal, is still widely practised with educator’s often receiving little to no repercussions. As Thailand’s culture practises obeying those older and higher in status, most victims of abuse stay quiet or are blamed.

Recently, a franchised school sent shock waves through the nation after a teacher was caught on CCTV hitting and dragging a kindergarten student in class. The issue made headlines causing many to take a stand against such punishment in schools. After investigating, officials revealed that many teachers in government schools are not licenses, and therefore, do not have the training necessary to understand the psychological effects of such abuse on children. Student protesters also made a point of bringing a taboo subject to light with many being criticised even for doing so.

The issue of skin colour is also a subject in which students can be bullied. Many Thais pass on their views of skin colour to their children, who may then pass on those views to their peers. Patriarchy is alive and well in Thailand, with many of the students who brought such bullying to light, said they were discriminated against as females.

Trinuch says the Ministry of Education would also ensure that they share the knowledge and skills that were necessary for people of the 21st century and push for the development of adequate internet networks and relevant equipment to ensure public access to digital resources. The minister says Thailand suffers from a shortage of vocational workers and parents could plan a good future for their children by sending them to vocational schools.

Woman warns of paying cash on delivery after being scammed