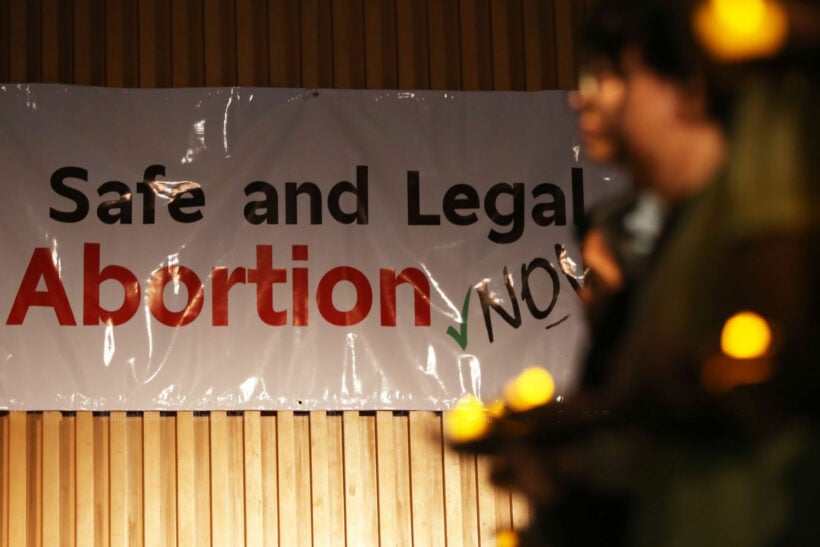 PHOTO: A poster seen in Bangkok during a campaign for the right to safe abortions in 2016 - Bangkok Post

Thailand’s Constitutional Court has ruled that a section of the Criminal Code is unconstitutional as it fails to hold men responsible for illegal abortions. The ruling will take effect on Febuary 13, 2021, twelve months after it was made. The court handed down the ruling after pro-abortion activist Srisamai Chueachart  petitioned the court to rule whether Sections 301 and 305 of the Criminal Code conflict with provisions on rights and liberties under the Constitution.

Section 301 stipulates that a woman who has terminated a pregnancy by herself or allowed another person to do it is liable to three years in jail and/or a fine up to 60,000 baht. Srisamai argued that the wording of Section 301 means only women  bear the legal consequences of illegal abortions, (even though men have an equal role in the conception of a child), which is against the principles of equality guaranteed by the charter. Thus, men who pressure their partners to seek illegal abortions must also be held legally accountable, according to the petition.

The court ruled Section 301 of the Criminal Code violates Sections 27 and 28 of the 2017 Constitution, which accords equal rights and liberty to men and women. However, the court found Section 305 does not violate the charter.

Section 305 of the Criminal Code exempts licensed doctors from prosecution if they perform an abortion for legitimate medical and/or other sound reasons, — such as pregnancies that pose a physical or mental health threat to the mother, for victims of sexual assault who are younger than 15 years old, or where the foetus shows severe and/or fatal abnormalities.

Srisamai insisted the section is outdated as it protects only physicians who perform abortions, but not other medical personnel who are part of the procedure.