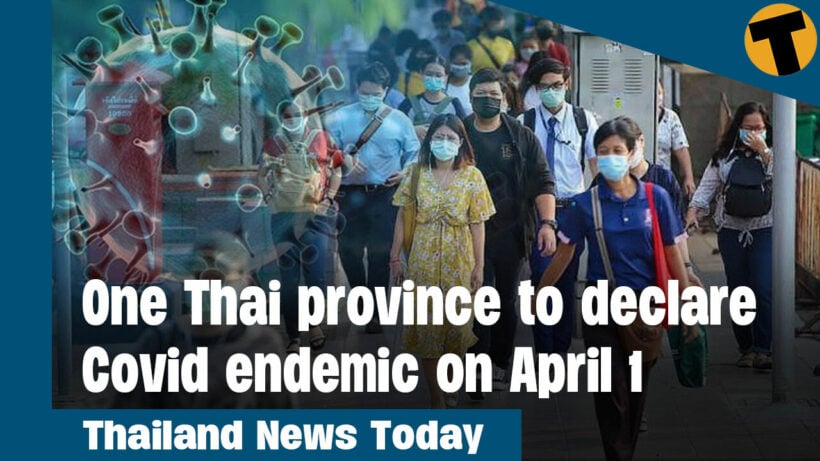 After a Boeing 737-800 crashed in China, killing all 132 passengers on board, Thailand’s aviation officials have urged five Thai airlines to conduct thorough safety inspections of THEIR Boeing 737-800 aircraft.

According to the Civil Aviation Authority of Thailand, leading domestic airlines, including Nok Air and Thai Lion, must obtain a Certificate of Airworthiness for all operational 737-800s.

Investigators searching the wreckage have found two black boxes which contain flight data and voice recordings from the cockpit, which will give investigators some clues as to why the aircraft suddenly plunged from cruising altitude.

The Boeing 737-800 is known as the workhorse in commercial aviation and is well-trusted with a good safety record. Not to be confused with the aircraft’s successor, the Boeing 737 Max 8, which has a flight stabilising programme that is said to have caused the crashes in Indonesia and Ethiopia, killing 189 and 157 people respectively.

According to Suttipong Kongpool, director-general of CAAT, his organization has asked Nok Air, Thai Lion Air, K-Mile Air, Thai Airways and Thai Summer Airways to conduct a thorough inspection of their 26 Boeing 737-800 aircraft. All operational aircraft must obtain a Certificate of Airworthiness and immediately notify CAAT if they find any technical problems with the planes,

Thai Airways released a statement on Friday to notify the public that the airline does not fly any Boeing 737 commercially. The company has four aircraft models in service for the commercial flight which are the Boeing 777, Boeing 787,
Airbus 350 and Airbus 320.

The Finance Ministry will adjust the 2022 forecast for Thailand’s economic growth to focus on the rise in both inflation and energy prices, starting next month.

According to an unnamed source, the ministry is concerned about the impact Russia’s invasion of Ukraine will have on overseas arrivals this year.

The Thai government has borrowed significantly during the pandemic – around 1.5 trillion baht over the last 2 years – but the Finance Ministry is confident the country can still manage this debt. During the first 5 months of the fiscal year 2022, the government collected 911 billion baht in net revenue, exceeding its target by 46 billion baht.

Authorities in the north-eastern province of Surin say they will declare Covid endemic from April 1, adding that they will become the first province in Thailand to do so.

With the central government seemingly taking its sweet time to lift restrictions and move to a “living with Covid” approach, Surin is going it alone.

According to a Nation Thailand report, the Surin Information Office confirmed the move on its Facebook page over the weekend, encouraging all residents to get their booster vaccines if they haven’t already done so. The provincial administration says Surin has met all the criteria for declaring the virus endemic, which includes a death rate no higher than 0.5%

Thailand’s Social Security Office has warned that hospitals that refuse to treat Covid patients risk being removed from its list of contracted medical facilities.

SSO secretary-general Boonsong, says he’s instructed private hospitals to adhere to the regulations and offer full treatment to members of the social security fund registered at those hospitals. According to a Bangkok Post report, the SSO has threatened to cancel next year’s contracts with hospitals that turn patients away.

The warning comes as 2 patients, who are both members of the social security fund, claim they were refused treatment at private hospitals. Both patients filed complaints with the SSO.

Last week, reporters picked up the story of a Vietnamese man who tried to paddle an inflatable boat from Thailand to India to meet his wife. But when the man shared a photo of his wife, people quickly pointed out that he had been conned.

The photo he shared was of Indian TV actress Divyanka Tripathi Dahiya who has been married since 2016.

It’s unclear if the person behind the fake Facebook was scamming the man for financial gain, or if they were just deceiving him for personal reasons. According to reports in Thai media, the man claimed he met the woman in person back in 2019 while he was in India and that she shared her Facebook account with him. He said they didn’t talk for two years, and he decided to paddle to India to see her.

The 37-year-old man spent 18 days in an inflatable boat, only making it 80 kilometres of the 2,500-kilometre journey before the navy rescued him. He had no map, compass, or GPS to navigate him.

An explosion on an oil tanker on the Chao Phraya River in Bangkok has killed 1 crew member and injured 3.

Police say sparks erupted in the anchor room prior to the explosion, which resulted in a fire that was confined to that room. A crew member who was in the room at the time has died and 3 others were injured. Another 12 crew members escaped uninjured.

Following the explosion, the tanker travelled about 5 kilometres from the Bangchak depot, anchoring near Phra Chulachomklao Fort in the central province of Samut Prakan, where it took firefighters an hour to extinguish the blaze, using chemical foam and water. Several other vessels have been put on standby with booms, in the event of a crude oil leak into the river.

Meanwhile, the Deputy Transport Minister, Atthasit, has ordered the Marine Department to form an investigating committee and to prevent the vessel from being used until a probe into the accident has been concluded.

It’s durian season in Thailand, and the government is reminding farmers and vendors that if they harvest and sell unripe durian, they can go to jail.

That’s because authorities have set a minimum level of dryness of the fruit to determine the freshness of each variety.

Durian is known as the “king of fruit” with a pungent smell so strong that it is banned at many hotels and even Bangkok’s MRT mass transit system. While ripe durian has a unique taste with a rich custard texture, authorities apparently think that unripe durians taste so bad, they will jail you for selling it.

According to Thailand’s Penal Code, selling unripe durian carries a penalty of up to three years in jail and a fine of up to 60,000 baht as it deceives the buyer about the quality of the fruit.

Those selling unripe durians can also face charges under the Consumer Protection Act which prohibits sellers from providing false information about the product and carries an up to six-month jail sentence and a fine of up to 100,000 baht.

The Agriculture and Cooperatives Ministry issued a statement reminding farmers and sellers of this law, adding that repeat offenders will face harsher penalties.

Authorities will be more on the lookout for the unripe fruit in Trat, Chanthaburi, and Rayong provinces which are known as key areas for durian. For popular varieties, officials have even set harvesting schedules and a minimum percentage of dryness for the fruit.

IKEA to open another store in Bangkok’s Phrom Phong area