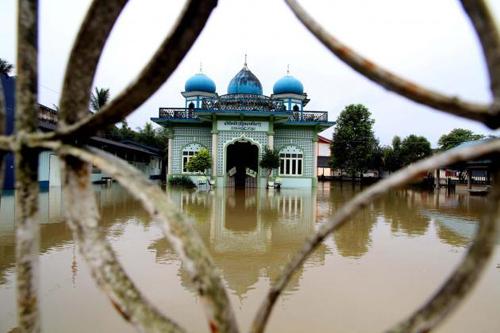 
Thais score lowest in TOEFL
Phuket Gazette / The Nation
PHUKET: With TOEFL scores averaging at 450, Thai students’ proficiency in the English language appears to be the lowest in the Asean region.

In order to overcome this, academics are urging universities to seriously start strengthening students’ English-language skills by making it a working language at their campuses.

“While, Thais’ average TOEFL [Test of English as a Foreign Language] score stands at about 450; [students from] Laos, Cambodia and Myanmar have averaged around 500. Malaysia and Singapore were even higher at approximately 550 on average,” Sriwika Mekthavatchaikul said at a seminar on improving the capacity and quality of universities ahead of the Asean Economic Community.

She is part of a subcommittee that studies institutions’ readiness for the AEC, which kicks off in 2015. The seminar was held at the National Institute of Development Administration by the Inter-national Institute for Trade and Development and attended by representatives from universities and several educational institutes.

Sriwika advised lecturers to make English the first language in campuses and start using technical terms more often while lecturing. Former education minister Prof Wijit Srisa-arn said usually English is included in university curriculum and accounts for at least six credits, and some universities had technical English courses, but that was not enough.

“It is necessary for us to promote the use of English and learn how to use the language with people from other Asean countries,” Wijit said.


Thailand to go off money-laundering blacklist: Sihanart
Phuket Gazette / The Nation
PHUKET: Thailand is set to be removed from the blacklist of countries perceived as non-cooperative in the global fight against money laundering and terrorist financing, Anti-Money Laundering Office (Amlo) secretary-general Sihanart Prayoonrat said yesterday.

The Financial Action Task Force on Money Laundering (FATF) met last week in Paris, and agreed that Thailand would be considered for removal from the blacklist after making significant progress in meeting international standards, Sihanart said.

The FATF would send a team of experts to Thailand in May to confirm the country had reinforced laws and measures, he said, adding that the expert team would report its findings to the FAFT in June.

The FATF had required of Thailand that it issued new and more-standardised regulations covering access to financial-services customers’ facts, that it fixed loopholes in its anti-money laundering law, and that it encouraged and supervised financial institutes in their execution of these changes.

The center will collect and analyse all data related to water flow and flooding in the river basin from 12 relevant agencies, including the Royal Irrigation Department, Agriculture and Cooperatives Ministry, Meteorological Department, Hydrographic Department, Marine Department, and Bangkok Drainage and Sewerage Department.

The center will then analyse the data, which will be used by the Water and Flood Management Commission to help formulate a strategy for tackling water issues such as floods and droughts. More than 1.9 billion baht of the government’s 120-billion-baht anti-flood budget has been used to set up the center, located at Soi Rang-Nam.

It will be run by the Science and Technology Ministry’s Hydro and Agro Informatics Institute (HAII) and Geo-Informatics and Space Technology Development Agency (GISTDA).

“We will use all the data and information available to deliver forecasts for flooding in and beyond a 45-day window,” said HAII director Royol Jitdon.

“As a result we should know the exact time and place that floods will hit and be able to deal with the situation immediately,” he added.

Systems used to collect, analyse and manage the data include unmanned aerial drones, hydrographic survey boats, water-metre stations, closed-circuit TV, satellite images and automated sluice gates. To date, over 600 water-metre stations have been installed in Bangkok and on main rivers across the country.

The center has already surveyed 5,600 kilometres of rivers in the capital and nearby cities for depth and conditions. However, Royol said the center’s data system needed better technology to improve its capacity to forecast and estimate water- and climate-related crises.

He said the 5bn center was launched in a bid to create a single nationwide information resource for authorities and was part of the government’s wider 350-billion-baht water and flood management project.

Anond Snidvongs, GISTDA director, has raised his concern over the center’s security protection system, which he said might not be strong enough to withstand attacks from hackers. “We need time to improve the system,” he said.