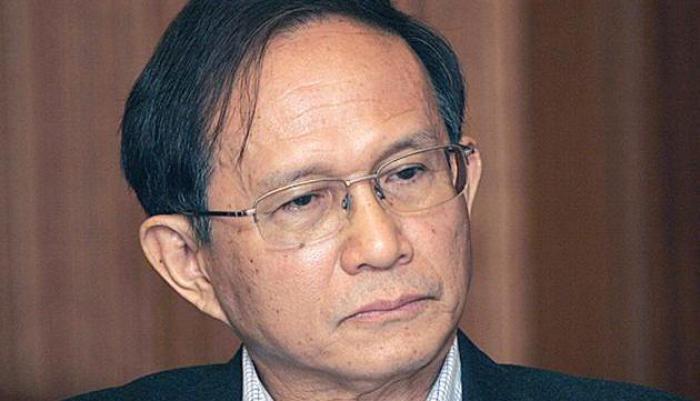 PHUKET: A group of academics and peace advocates yesterday urged rival political camps to forget about appointing a “neutral” prime minister through Article 7 of the Constitution and jointly select an interim non-partisan deputy PM to act as head of government temporarily so that the country can move forward with reform and a general election.

For sustainable democracy and a victory for all Thais, both sides should establish a common ground and step over conflicts that could plunge the country into civil strife, the group said.

Both movements should agree upon three objectives – seek a way out of the stalemate that stays within the scope of the charter, find a “non-partisan” person who can manage the country at this critical juncture, and draft a pact to ensure that all sides will join forces to “reform” the country.

Then both camps should agree not to take recourse to Article 7 to get a non-partisan prime minister, because critics harbour doubts that this would be legitimate.

Under the group’s proposal, both the pro- and anti-government camps would agree on putting in place a “non-partisan” PM who does not have the full authority normally held by a sitting prime minister. Both then should agree on coming up with clear reform proposals that will be legally binding on the next government. The reform proposals must be drafted before the general election is held.

Both political camps must decide how they would select such a non-partisan leader. Once they come up with a candidate, the present acting prime minister would nominate him as a deputy PM for royal endorsement.

The caretaker Cabinet then must resolve to have that deputy PM serve as acting PM, replacing the current one.

The Pheu Thai Party, Democrat Party, United Front for Democracy against Dictatorship and People’s Democratic Reform Committee would nominate three candidates each, who have demonstrated that they are “neutral” in behaviour and actions, possess a clean track record and are widely accepted as having the ability to manage a crisis.

The non-partisan acting PM would then appoint a non-partisan minister to coordinate reform efforts. Not more than 35 ministers would be appointed by the opposition or neutral bodies to resolve the political crisis.

Reform proposals would be submitted to the Election Commission, which would hold an election and a referendum on the same day to save costs and time. The referendum results would be legally binding on the next government.

Both camps should sign an agreement that whoever wins the next election will be in power for one year and the House of Representatives will be dissolved and a snap election called again.

PHUKET: Security will be beefed up for the Election Commission (EC) members who meet today with government representatives to discuss the drafting of a Royal Decree on holding an election.

EC secretary general Puchong Nutrawong said the EC had requested a police escort for five EC members, besides routine checks at their residences. However, he did not request bullet-proof vehicles or ask police for security officials to be permanently stationed at the EC members’ houses to keep them under guard at all time. He did not think the present situation warranted such high security.

The EC had arranged a reserve office following anti-government protest rallies to pressure them against holding a poll, he noted.

Puchong said the EC had met with its legal specialists for two hours on Monday. Those at the meeting had presented differing views over whether the EC had the authority to inform the acting PM to draft a Royal Decree to schedule a new poll date if there was a riot or a crisis.

He said the meeting also shared views on whether the acting PM had the power to request a royal endorsement or countersign royal commands. Puchong stopped short of revealing further details of the discussion.

Responding to the People’s Democratic Reform Committee’s call to have high court chiefs meet with independent agencies to nominate a non-partisan PM, Puchong said the EC needed to decide whether it would meet with any agency for discussions.

The election should be based on the same resolution that it should be on July 20. However, there could be small adjustment if necessary, he said.

Niwattumrong insisted he and his government had full authority to submit the Royal Decree on the election.

One of the bombs, which did not have a detonation circuit attached, was made of emulsion explosives used for industrial purposes. The bomb would have had a lethality radius of five metres, which would be increased if it inside a gas cylinder, explosives ordnance disposal (EOD) officer, Pol Sub-Lieutenant Narong Bootamthan said.

The bombs were found after a team of EOD officers led by Pol Colonel Kanthorn Auicharoen checked the PDRC rally site at 2.30pm yesterday. The bomb was inside a backpack that allegedly carried the identification card of Nakhon Si Thammarat-resident Naruethep Chukerd, 23.

EOD personnel also found six home-made pipe bombs in the water-management section of the park. Three were hidden inside an empty water tank and another three in a garbage bag on top of the tank. The team also found 10 bullet-proof vests and fireworks.

Separately, the 17-year-old wife of Thanakrit Pinwises, an ice deliveryman who was stabbed close to the Channel 5 TV station where the PDRC was rallying on Saturday night, spoke to police and psychologists at Phya Thai Police Station yesterday. Police said they only knew that the attackers were dressed in black and their faces were covered as the closed-circuit cameras nearby were only dummies.