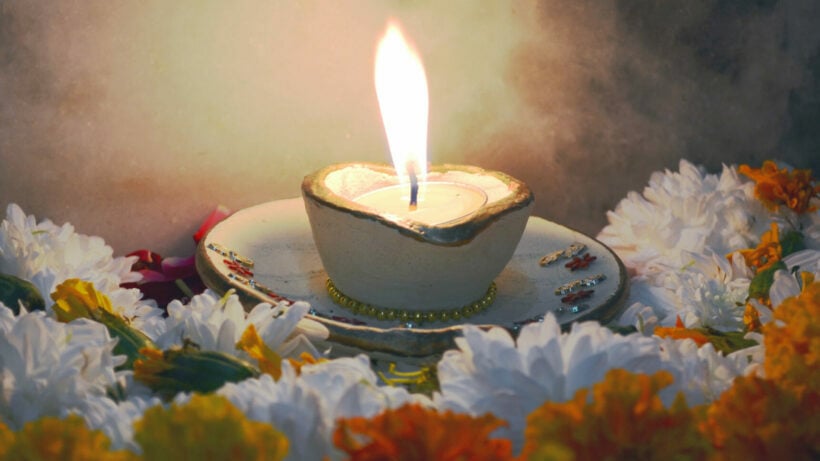 Thai officials are hoping to capitalise on the upcoming Hindu festival of lights, also known as Diwali, to get Indian tourists into the country and bolster the stagnant tourism sector. The Bangkok Post notes that this expectation is also seen as a way of compensating for a lack of Chinese tourists. Diwali will begin in early November, which coincides with the planned waiver of quarantine for vaccinated tourists on November 1.

Somsong Sachaphimukh, vice president of the Thai Tourism Council says the tourism sector anticipates Indians will travel in large numbers for the festival. Prior to the pandemic, Indians comprised the third largest group of visitors to Thailand, behind Chinese and Malaysian visitors. Somsong says Indians may once again visit Thailand on holiday for its beaches, to have conferences, and hold destination weddings; a boon to Thailand, seeing as Thai officials don’t expect Chinese tourists to flock back to the Land of Smiles anytime soon.

“Indian travellers have a lot of spending power and a lot of potential”, says Somsong.

Somsong went on to say that Indian visitors could spend between 27,000 baht and 76,000 baht per trip to Thailand. She says that destination weddings are even more lucrative as they can rake in between 10 to 120 million baht in revenue for hotels and the service industry.

“Even though it will be difficult to match the number of visitors and revenue generated by Chinese travellers, Indian tourists can help support Thailand’s tourism industry during this time”.

3 million people have lost their jobs tied to the tourism sector because of the Covid pandemic. The Thai Tourism Council has had to adjust the estimated number of tourists this year from 500,000 travellers down to 280,000.

AdvocatusDiaboli
11 minutes ago, Bob20 said: 99.9% chance that the call center is in India Incorrect … just to irritate the Indians on the other end of the phone, all the call centres will be in the USA.
Rip255
Guys...we need to respect the welcome injection of much needed funds into the Thai economy that Indian tourists would provide. Yes, Indians are often misunderstood but they enjoy dining out, visiting tourist attractions and tip generously, which is exactly what…
Rasputin
6 hours ago, Stonker said: What could go wrong? India, the regional hub of Covid, budget tourists, and fake certificates. Thailand should look at what happened when a load of UK resident Indians traveled to a family/religious festival and returned…

Bluesofa
6 hours ago, EdwardV said: The festival is early November? Anyone traveling for that already has plans locked in. Never mind thailand hasn’t issued many of its new rules yet. Tourists hate uncertainty.  The Administrative Court in Phetchaburi has just…
Guevara
36 minutes ago, vet said: Content deleted by Admin Abusive post from a member, now on a permanent hol With respect vet, I don't think you should tar everyone with the same brush. I can understand your displeasure and anger…