Thai Airways says it will start selling seats on flights to highly-vaccinated destinations from October 1.  The struggling national carrier expects to resume flights to the UK, France, and Germany, as well as Japan and Australia. The Bangkok Post reports that airline bosses made the decision after several destinations reported vaccination rates of around 70%.

Airline spokesman, Chai Eamsiri, says the carrier also expects to add China to its schedule from next year. He says Thai Airways’ finances have improved following the sale of some assets and offloading investments in the Bangkok Aviation Fuel Services Plc and Nok Air.

According to the Bangkok Post report, Thai Airways is working to reduce up to 53 billion baht in investment costs by the end of 2022. To date, it has saved 44 billion, largely as a result of over 600 austerity and cost-cutting measures. Cut-backs have been made in the workforce, which has been reduced by 48%, going from 29,500 employees 2 years ago to 15,300 now.

Chai adds that the carrier has also sold or is in the process of selling 42 of its 100-strong fleet, with all sales expected to be complete by the end of this year. Prior to Covid-19, Thai Airways had 12 aircraft types in its fleet and will end up with 5. Of the 6 Airbus A380 aircraft in the Thai Airways fleet, 2 have been put up for sale. The other 4, which are leased, are being returned. 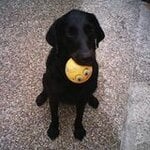 Benroon
2 minutes ago, Kes said: Oh dear, it depends on which way you're flying. And my comment was not confirming a ban of Thailand it was about that it's the country of departure that would get banned not the citizens…
Alavan
You should think Thai Air would fly more directly to Phuket, but no one flight weekly from Paris, Frankfurt, London, Zurich and Kopenhagen. If you do't live in those countries you can't find those flights on their website. If you…

gummy
On 9/29/2021 at 12:48 PM, Griff1315 said: Yes. Well at least some of them. Another well thought out plan from Thai Airlines the worlds leader in money losing plans. Look a bit deeper. Nothing to do with Thai Airways more…

Kes
On 10/2/2021 at 2:45 PM, Benroon said: Stop writing nonsense and it will be easier to keep up  Which countries are ‘banned’ !  I never said any country was banned. I have no interest in banned countries. I corrected a…