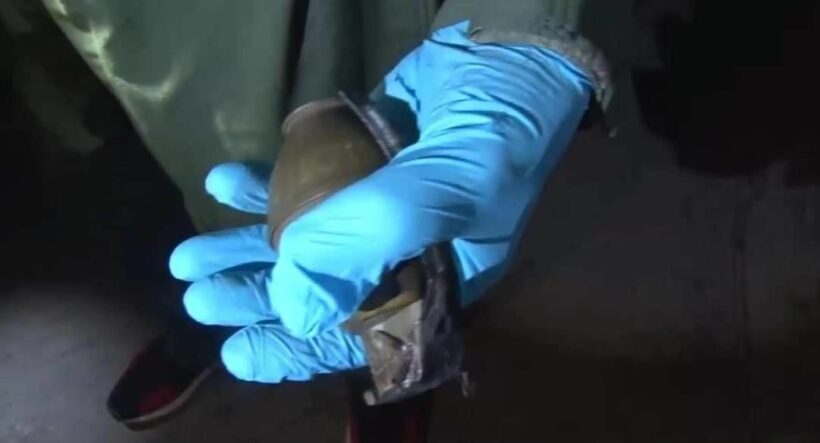 A young Thai man has accidentally killed himself with a homemade bomb in the Muang district of Kanchanaburi province this morning. 22 year old Amornthep Thongchomphu was found dead with his arm blown off after the bomb exploded in a field near his home.

Local police went to the scene at about 11am, outside the man’s house in Ban Nong Kung village of tambon Ban Thum. Police found the man’s dead body along with a scorched, ruptured PVC pipe. Village headman Boonruam Somwongsa says Amornthap stayed alone in the house as his mother worked abroad, sending home money. He was apparently jobless and was not known to socialise.

Boonruam says the man allegedly had a dispute with a neighbour previously and on 2 occasions had thrown a small bomb at his neighbour’s house, leading him to file a complaint. Boonruam says it was likely that Amornthep was making another bomb to throw at his neighbour when it accidentally detonated.

The Ban Ped police chief says another small homemade bomb was found at Amornthep’s house, with its components being possibly bought from online.