The possibility of Thailand being sliced into 2, with a canal running east to west through the middle of the Isthmus of Kra (the Thai section of the Malay Peninsula), is back on the table. There’s a lot of heated response from readers, for and against the plans. Is there an economic model to support the new canal? How much time and money would it save? Is a ‘land bridge’ a better option? How would Singapore (the biggest loser in the project) react to the project if it went ahead?

We published a response to a ‘land bridge’ alternative last week from Tony P. Restall, aka. Mr Free Zone, Port & Free Zone Global Expert, and a long term proponent and consultant of the Kra Canal project. The following was a well-argued response from a reader who says the ‘numbers’ for any canal-type project just don’t stack up… 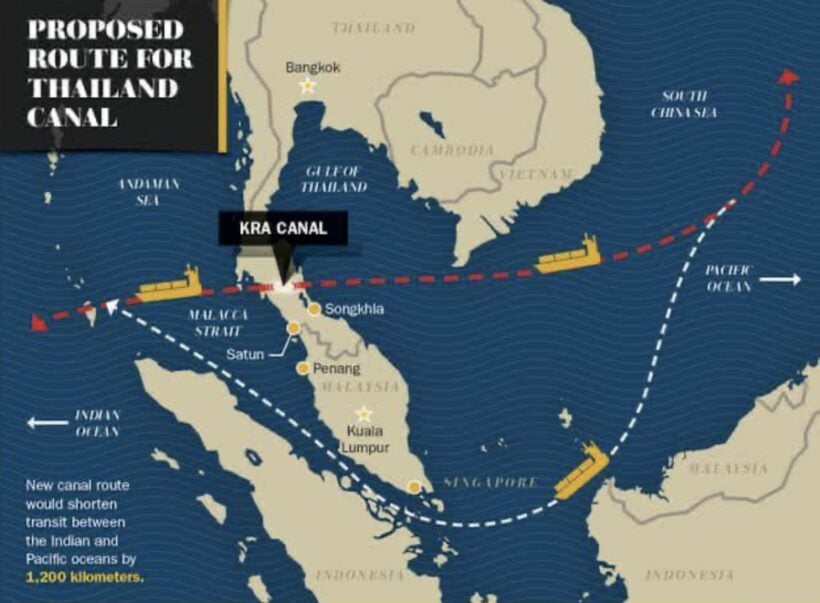 “You really can’t back up those numbers. You completely fail to address the many very real problems with this concept.
Bloggers from Singapore and Malaysia aren’t needed to point out the geology of the isthmus… it is obviously more expensive to either blast through mountains or build a large number of locks.

You also have to have the right width and depth to get the right sized vessels physically through it. You have to establish the actual speed of a vessel moving through the whole system, which will be very low numbers of knots, plus additional time costs in lock transitions, and then add up all that time and compare it to the relative simplicity of motoring round the peninsula at double figures of knots.

You also have to add in the cost of queueing and waiting for access to your hypothetical canal. It’s simple maths really. It takes quite a few hours to transit Suez, even without locks, and ships queue at Mediterranean coast. The cost of accessing the canal for any small amount of time you think you might save is not economic for ship operators. Your canal would have to be cheaper than the cost of fuel for travelling around the peninsula, and would have to vary with the price of HFO (heavy fuel oil).

The part of the isthmus with the least amount of material and mountains in the way, is the part west of Koh Samui across to Ranong. You have to explain how you are going to accommodate tourism in those established prime spots on the east coast with several hundred large vessels motoring through and anchoring off the coast as they queue to enter this hypothetical canal.

They may also be legitimately subject to inspection for things like ballast water invasive species and pollution, given that the east coast is a prime tourist area, and the west coast is a sensitive conservation area, and also a prime tourist area. There are reasonable questions about how you mitigate environmental degradation that would affect both prime tourism and sensitive marine coastal ecosystems which play a key role in the food web and coastal livelihoods of local people.

Why do you think it’s easier to blast through even more rock for even further in the south of the isthmus, or build even more locks to get up and over the mountains, when the location is even nearer to the simpler route around the peninsula?!

You basically prove that the project is nonviable, because you recognise the impact on tourism and environment in the north, where the imagined time saving for ships is theoretically greater, and you recognise that the insurgency in the more mountainous and wider south is not viable as well because of that insurgency. The idea is a complete non-starter, better off spending all that on an undersea tunnel from Phuket to Medan if you like grand projects.

After you’ve addressed all that, you then need to describe costs for design the development of infrastructure for ports, drydocks, cargo handling, fuel storage, equipment and maintenance companies, staff, training establishments, and ancillary support services. This would require building a new city and port complex larger than Map Tha Phut, to compete with existing options, and where would you put it? Surat Thani? Ranong? It needs an airport, motorway, and rail links, and all the other modern infrastructure. Your scheme will sink way more than $50 billion. It’s a hit and hope idea, where you assume that you can get enough traffic paying the fees to pass through your canal for long enough to pay it off… it would bankrupt the nation.

What you are essentially proposing is similar to cutting a canal through Denmark or from Bristol to Southampton, or across Italy or Korea or Japan or UAE. It doesn’t make any sense from an economic, environmental, and industrial point of view, and doesn’t offer anything of interest to marine operators.

Your ideas about the shipping industry are living in the past, that ship has sailed, there are no big profits to be made like in the golden years, even Dubai understand that as they shift more aware from shipping and oil and towards “high tech”.

“Rinky Stingpiece” (as published in The Thaiger comments section) 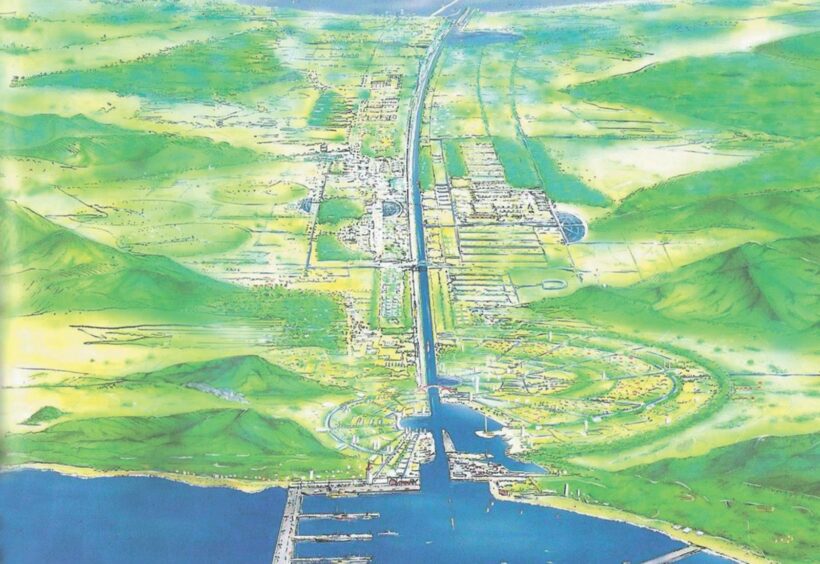 Tourism chief appeals for patience, but admits things will “never be the same”