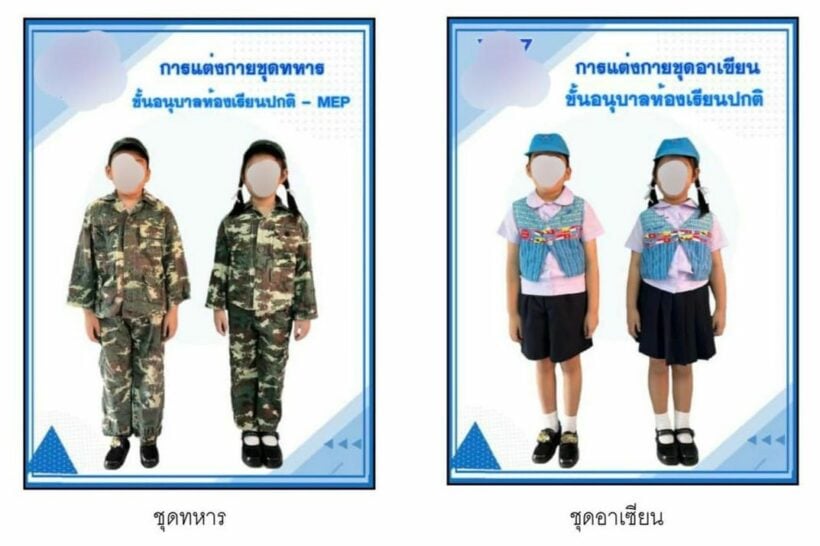 A Thai kindergarten has been slammed online for forcing students to wear 4 different uniforms, including a “military uniform” on Thursdays. The public school in the western province of Kanchanaburi informed parents they must purchase the new uniforms before the new term begins on May 17.

The preschool wants children aged 4 – 6 to wear 4 different uniforms: ‘normal’ school uniform on Monday and Tuesday, a PE uniform on Wednesday, a soldier uniform on Thursday and an “ASEAN” uniform on Friday, which sports an ASEAN flag.

The school posted an announcement about the uniform changes on Facebook, which gained a lot of attention from concerned netizens who expressed their dissatisfaction about the costs involved with buying 4 new sets of uniforms, especially in light of the current high costs of living.

“What is the point of the soldier uniform?”

“Are we living in North Korea?”

Although, getting children interested in the military is nothing new in Thailand. Every year on “Children’s Day,” it is normal for parents to take their children to military and air force shows to pose for photos in front of military tanks and artillery.

Military-related Children’s Day activities have historically been widely accepted, but have been questioned by political activists in recent times. Political artist Headache Stencil held an exhibition in Bangkok in 2020 entitled “Propaganda Children’s Day,” which featured a huge sculpture of a military tank covered in graffiti. The artist said the exhibition was designed to question the motives surrounding military-related Children’s Day activities, which he criticised as propaganda to encourage Thai children to join the army when they get older.

The school responded to the criticism by saying the purpose of the military uniform is for a school activity called “Land Protection Army,” which aims to promote patriotism, religion and the monarchy. The school said the activity is similar to Boy Scouts and Girl Scouts and promotes discipline.

The kindergarten said they tried to find the cheapest tailor so that parents wouldn’t have to fork out ridiculous amounts of money to send their children to school. The uniforms cost 300 baht per set.

However, since facing criticism, the school is discussing whether to cancel Friday’s ASEAN uniform as a way to help parents save money. They also offered to pay half of the costs for parents who needed financial assistance to help reduce the burden of expenses.

The Thaiger has come up with a solution for Thursdays. If you go to Lazada, you will find a whole lot of cheap Thai army clothing in all sizes. Good luck. 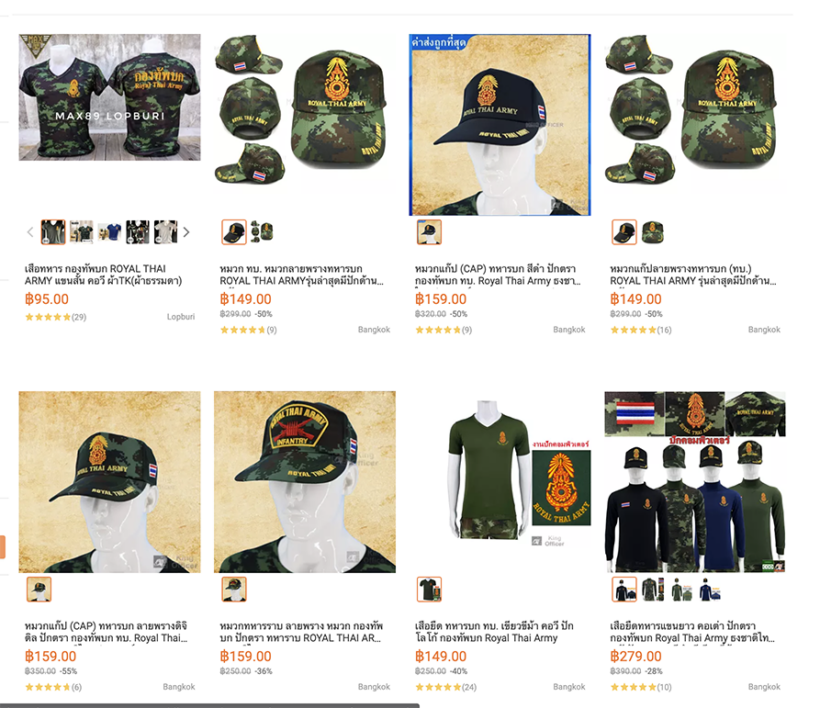 Soidog
Can’t even start to get your head around the thinking behind this. Of all the things that scare me about Thailand (Tsunamis, big snakes, Dengue fever etc), the Thai thought process and logic is by far the most scary.

IneptoCracy
"Thai thought process and logic is by far the most scary." That's the fun part and it only applies to officials. The rest of the population just get on with day to day running of their lives.
Chatogaster
3 hours ago, Thaiger said: The school responded to the criticism by saying the purpose of the military uniform is for a school activity called “Land Protection Army,” which aims to promote patriotism, religion and the monarchy. Patriotism is the…

Soidog
2 hours ago, IneptoCracy said: "Thai thought process and logic is by far the most scary." That's the fun part and it only applies to officials. The rest of the population just get on with day to day running of…
HolyCowCm
Old idea first introduced in 2016 2 years after cheesehead took control. It is now being officially brought in to brainwash the kids to love abs accept everything the young thai generation now despise and reject. It is going to…