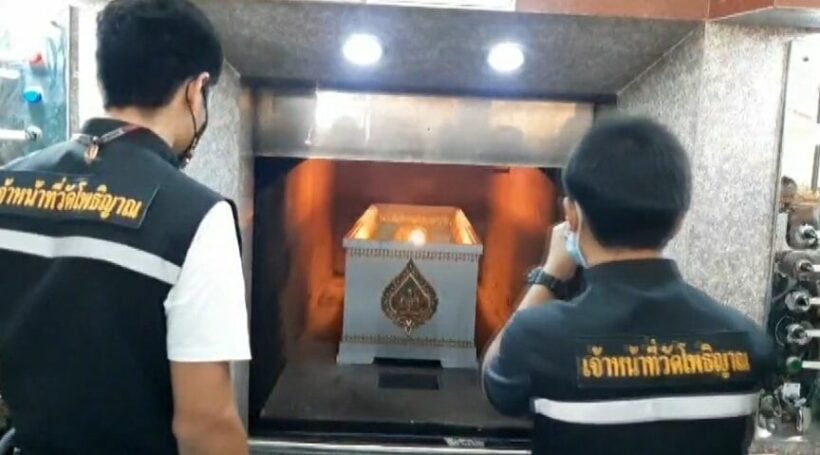 A Buddhist monk made headlines in Thailand when he invited residents in the northern province Phittanulok to a funeral… his funeral. The abbot at a local temple is alive and well, but wanted the ceremony to send a message to his followers that death is normal and just a part of life.

The funeral at the Pothiyan Temple followed traditional Thai Buddhist practices. A coffin with a fake body made from a banana tree was even burned in the temple’s crematory. 55 monks did Buddhist chants and prayers as the coffin was sent to the crematory.

Sunthorn’s funeral was intended to normalise the thoughts of death. He added that now there is no need for a funeral when he dies as locals have already celebrated his life. Those who attended the funeral also each got 5 kilograms of rice as a gift. Some residents told the media that they plan to buy lottery tickets with numbers matching the abbot’s age. 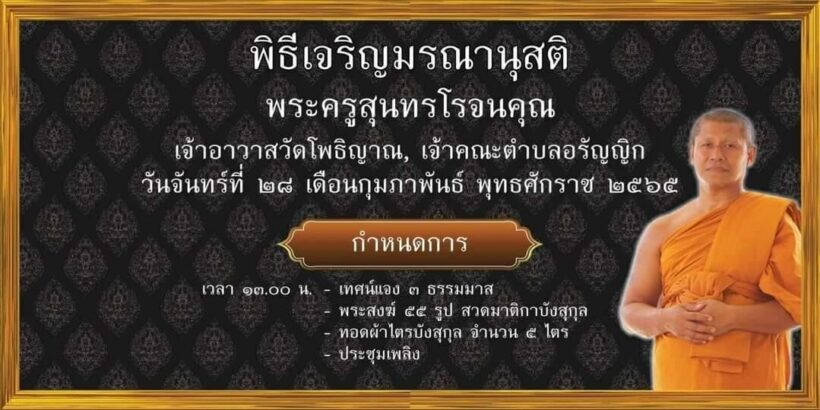 The abbot shared a sign inviting locals to join his pre-funeral.

Cabra
I like the idea of encouraging people not to be sad when people die.
Artemis080
I go through this same mental process of imagining my welcome death every time I have a zoom meeting.

DoUKnowWhoIAm
The Japs have taken it to another level, as treatment for depression and suicidal thoughts, youre put in a coffin to contemplate...

palooka
Wouldn't work for me. Too many people would come just to make sure I was dead and in the coffin.