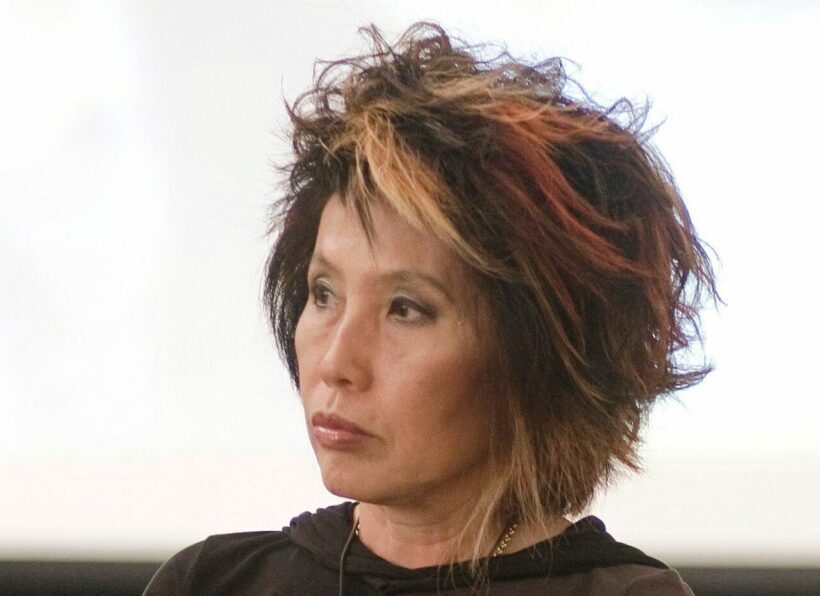 A panel of forensic experts is set to review the details of a second autopsy for the Thai actress Nida “Tangmo” Patcharavirapong. The panel, which includes “punk rock auntie” Khunying Porntip Rojanasunan, has been assembled by the Ministry of Justice for a fresh examination of Tanmo’s remains taking place to day, as the investigation into her death marks three weeks.

Last Saturday, Tangmo’s mother requested that the Central Institute of Forensic Medicine conduct the re-examination, hoping to dispel any doubts about what really happened to her daughter. Details to be examined include the deep wound on her thigh, a burn mark on her chest, and the state of her head and teeth.

“The ministry will deliver justice in this case mainly based on the autopsy results from Police Forensic Science.”

The panel is chaired by the permanent secretary for justice Wisit Wisitsora-at and also includes the national police chief, director-general of the Medical Sciences Department, the president of the Medical Council, and the commissioner of Police Forensic Science, Chitarirat said.

Notably, the panel also includes Khunying Porntip Rojanasunan, a celebrity forensic expert, as well as three CIFS forensic experts who participated in the first autopsy at the Police General Hospital.

Known for her punk-rock hairdos and colourful outfits, Dr. Pornthip has been an outspoken critic of the Royal Thai Police and an advocate of justice in several high-profile murder cases in Thailand since the ’90s. Her presence on the panel is sure to appease Tangmo’s skeptic fanbase, which has been outspoken about their doubts regarding the legitimacy and transparency of the investigation. In a post on Facebook, the outspoken doctor wrote…

“Why is it so difficult for relatives to access the death data of the deceased? Probably because there was a traditional culture that the police sent the bodies for examination. We therefore have to send the results of the examination to the police only. It seems to be a misunderstanding from rights or legal principles. But probably because countries where the autopsy system is a police system has a culture that may hinder the search for the truth.”

Yesterday, the speedboat owner Tanupat “Por” Lerttaweewit and the unlicensed skipper Phaiboon “Robert” Trikanjananun visited the Vimokesivarai dhamma retreat centre in Ratchaburi, where they were ordained as “brahmin.”

Early on in the investigation, police initially charged the duo with with negligence leading to Tangmo’s death on February 24. They were on the boat that night, along with three other “friends,” when Tangmo allegedly “fell” into the Chao Phraya River and drowned.

While the ministry awaits for details and photos from the autopsy, Tangmo’s family, friends and fanbase continue to await for justice to be served.

AlexPTY
6 hours ago, Fanta said: If you know anyone that believes that please let me know. I’m building a bridge they might be interested in investing in. Thanks, but I already have one Boston Bridge for sale