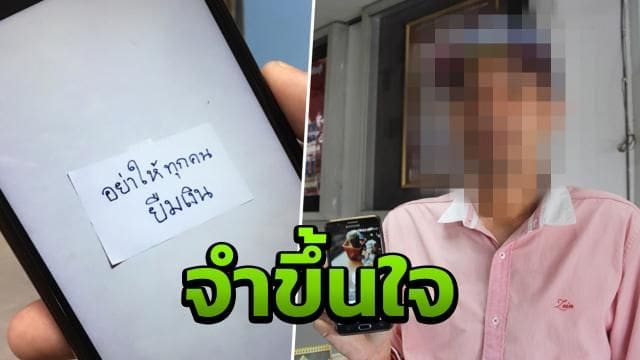 Thai Rath is reporting that a Thai man has learned the hard way; that not every Thai woman on dating apps is a beautiful girl who wants to get to know you.

The man says that the woman he met was very pretty and spoke so well.

Within two days the couple were chatting on LINE chat, one of Thailand’s most popular chat forums. He could hardly believe his luck, according to Thai Rath.

(You KNOW it’s all going to go wrong…)

Of course, he had no hesitation lend her money when she told him of all her problems. He transferred cash to her 13 times to the tune of 89,330 baht.

Then, magically, she vanished from his LINE chat.

Realising he had been conned (13 times) he reported to the Chantaburi police but he says they only wrote a report and weren’t able to help him. He says police simply reminded him that he had agreed to transfer money after a request from the woman.

“It is not police business.”

They advised him to get a lawyer to pursue the case as it wasn’t a criminal matter.

The man wrote on a slip of paper and stuck it to his phone – the only thing he could do in such a case.

“Don’t lend money to anyone” the note said, and he warned others to be wary of beautiful woman online asking for money. And don’t transfer money to them.

He says he doesn’t want to see the woman who ripped him off, he just wants his 89,000 baht back.

The Thaiger doubts that is going to happen.