Central Festival Pattaya Beach has confirmed its annual running event, the Bikini Beach Race 2022. The event is run on the beach in front of the Central Festival shopping centre on October 29 this year.

The Bikini Beach Race was actually held last year, even though the Covid-19 prevention rules weren’t relaxed, as they are this year (let’s hope it stays that way to October!). The event “aims to encourage residents to take care of their health” and boost the city’s tourism and economy. It’s also a showcase of the the region’s pretty ladies, according to the marketing photos! But men are also invited to join in the beach race

Due to the pandemic, the participants last year were mostly Pattaya locals and domestic tourists. This year, the event is hoping to target more foreign runners now that more international arrivals are starting to build up and Pattaya is SLOWLY starting to get busier.

The event’s official Facebook page announced on May 10 that the event would be the “biggest and sexiest running event in Thailand”. Different Thai celebrities, ‘sexy’ idols, and models would join the race and run in their bikinis (mostly women presumably).

The page also added that a concert would be staged after the run. The details about registration, price, or any required Covid-19 tests hasn’t been released as yet. You can visit their page to follow more information about the event HERE. 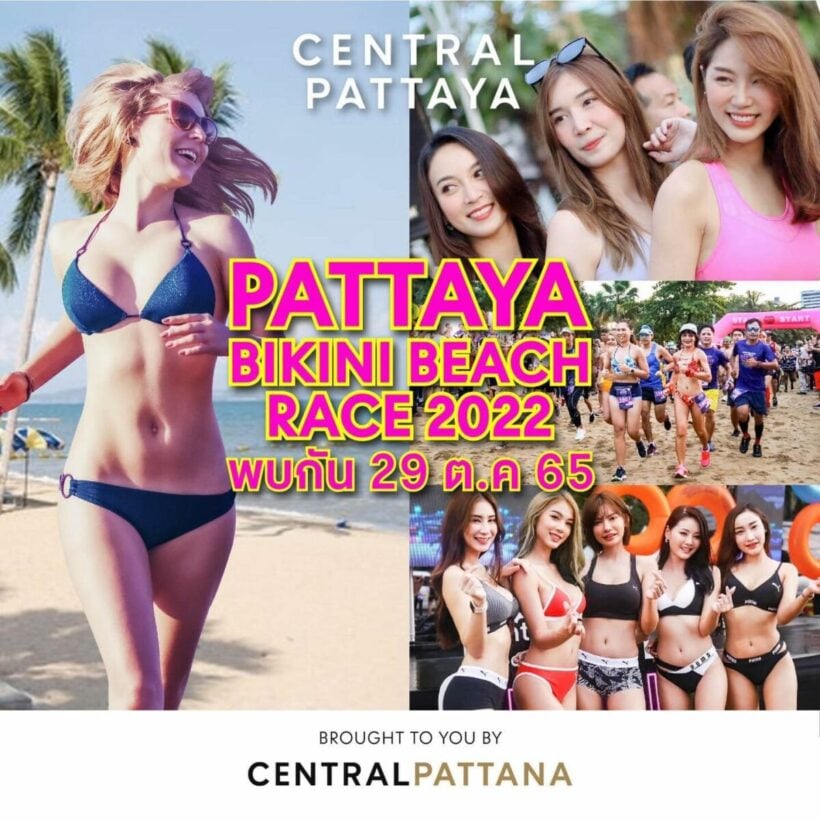 PapayaBokBok
Do they drop a gekko on the ground to start the race?? Are ladyboys allowed to race--will they have an advantage? do they have to wear heels???
BillO
Of course it is! Lol