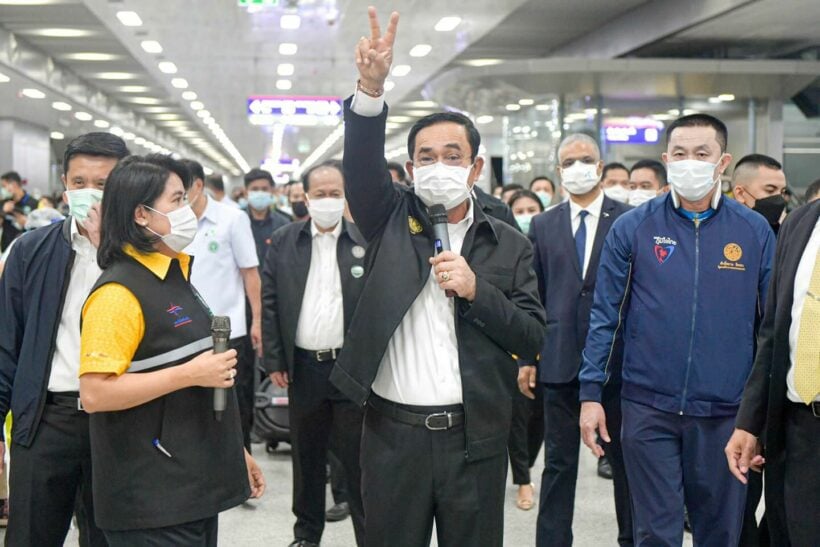 In the heat of calls and protests pushing for PM Prayut Chan-o-cha to resign or be removed from office, political parties are now starting to name prime ministerial candidates for the next election, which will be in 2023. Prayut and his government also faced a no-confidence hearing last month. Although the vote ruled in Prayut’s favour, many issues were raised during the four-day debate, including accusations of mismanagement during the pandemic and bribes in return for votes.

A source told the Bangkok Post that the ruling Palang Pracharath Party, or PPRP, said it will back the prime minister’s bid for another term next election. The party leader also reportedly said they will nominate Prayut.

The Democrat Party announced they are supporting their leader as a candidate for prime minister. The Kla Party, which was formed last year by a former Democrat Party member of parliament and has no representation in parliament, is backing their leader as a prime ministerial candidate. According to the Post, the secretary general for the Kla Party said the party’s leader is also the former finance minister and a top priority post-Covid-19 is to resuscitate the economy.

While several parties have named candidates for prime minister, the main opposition, the Pheu Thai Party, has not revealed a candidate yet. A party MP told the Bangkok Post that the candidate will come as a surprise and “wow” people.

riclag
555 The  ruling party is in control of the military ! The leaders have been in control for 7 years and have made it possible by enacting legislation  to protect their party’s rule! It will take a act of Buda…