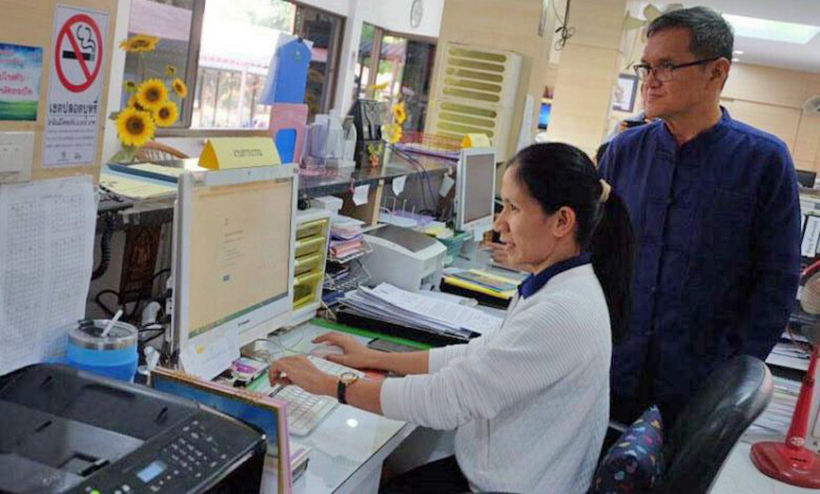 College students in rural areas of Thailand will soon get a boost in the quality of their education: Mae Fah Luang University (MFU) in Chiang Rai has developed an e-School system for the administration of education in rural areas with a 7 million baht grant from the Broadcasting and Telecommunications Research and Development Fund for Public Interest (BTFP), under the National Broadcasting and Telecommunications Commission (NBTC).

The pilot project, an MFU-BTFP joint venture, focuses on administration, a major factor in the quality and standards of education. It’s divided into five modules: e-Office, e-Money, e-Material, e-Folio and e-Executive management.

He added that the system, the first module of which has already been implemented, will serve as a model for further development. Now in use at more than 100 schools in rural areas, it will be introduced to all education facilities upcountry, according to the NBTC.

The project uses existing infrastructure as a platform for development and implementation. The pilot system is available to all schools in the country at no charge.

The e-School project is based on administration and the collaboration between schools and teacher capacity, building toward the goal of sustainability.

Thongchai Yooyativong, a lecturer at MFU’s School of Information Technology says the NBTC collaborated with MFU to provide hardware and launch a network infrastructure to connect schools, as a platform for research and development.

The network provides broadband internet connections from MFU to all members schools, each of which is provided a Local Area Network and computers. The broadband technologies used are both cable and wireless. MFU houses the application server, database server and data storage, enabling it to provide quality services.

“Under Thailand 4.0, the government’s initiative for development, technology plays an important role in facilitating and driving that goal. The concept of Thailand 4.0 is to promote digital technology applications across several industries such as healthcare, agriculture, tourism and education”

Light winds across Thailand and cooler weather in the Northern hills