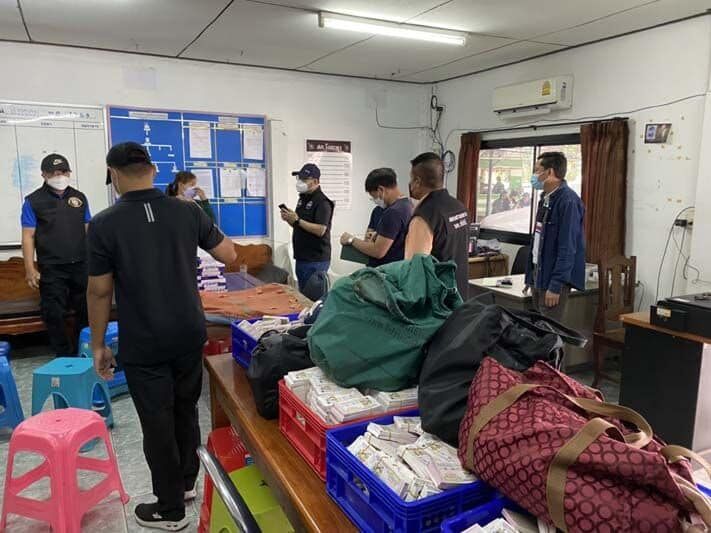 Police seized more than 200,000 lottery tickets allegedly smuggled by a Thailand Post staff member in the Isaan province Loei. Apparently, an employee of the government-owned postal service was selling hundreds and thousands of lottery tickets to brokers when the tickets were reserved for local vendors.

The Thai lottery tickets are technically supposed to be sold at 80 baht, but if you try to buy a ticket from a street vendor, most will sell for 100 baht, saying the wholesale price per ticket is 80 to 90 baht. The local sellers typically don’t buy tickets directly from the Government Lottery Office and usually purchase them from a dealer, which some say is the reason for the inflated price.

To fix the problem of overpriced tickets, the Thai government opened online systems for sellers to reserve lottery tickets and get them at a nearby post office. But in Loei, some postal service staff allegedly took the large orders of lottery tickets to sell to a big dealer in the area, causing the prices to remain high.

Officers received reports of overpriced lottery tickets sold in Loei and spent over two months investigating. Police say they watched staff from the Erawan post office bring a bag out the back door of the building and place it in a car waiting outside. The police approached the vehicle and found boxes of lottery tickets.

stuhan
Set up online lottery same as other countries, best of both ways online and on street, much simpler but choosing numbers might be a problem, don't know how they could do it.