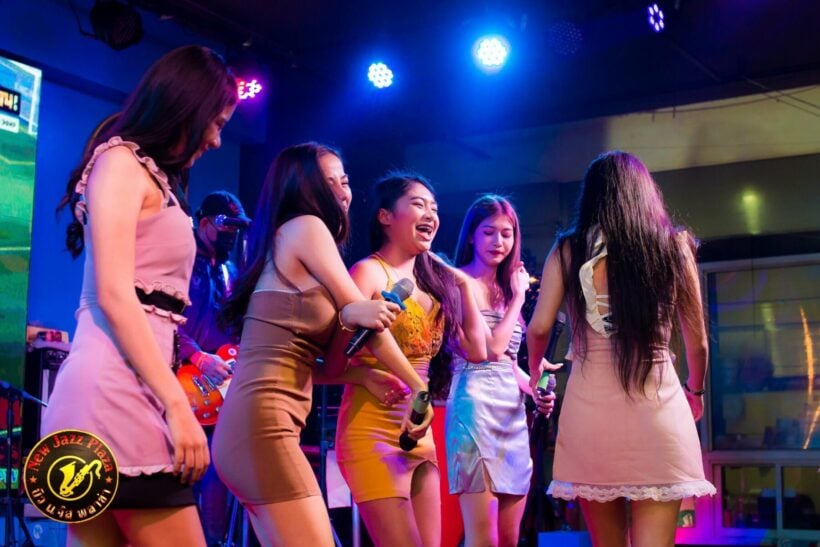 Police are shutting down three bars for five years in the Thonburi area of Bangkok without much explanation. The three “satan borikan,” or “service places” (a Thai genteelism for prostitution venues) have been closed down for committing offences that violate Thailand’s “Entertainment Act” of 1966 and a government order from 2015.

New Jazz, Lan-Lao and Poseidon Pub in Thonburi committed offences that violate the 1966 act and violate an order issued in 2015 by the National Council for Peace and Order, the military junta that ruled after the 2014 coup. Poseidon Pub had reportedly been closed in the past and was raided by police in 2019 with 38 people testing positive for drugs in on-the-spot tests. Drugs including ketamine and methamphetamine were also found on the pub floor.

The court has given the final verdict that the three bars have committed an offence violating these acts but it is not clear which rules the bars were breaking. Deputy Police Chief Roy Inkapairote has signed an order to close down the three venues for five years.

The deputy chief added that the Centre for Covid-19 Situation Administration does not have a special policy for “service places,” which are classified as entertainment venues and remain shut under Covid-19 regulations.

Soidog
Shut down three and leave the remaining 25 who paid up open. No need to worry about opening hours or serving alcohol after 23:00 either no doubt. What a racket.
HiuMak
Just a way to shut down 3 to warn others to pay up
Leo
On 3/22/2022 at 1:32 PM, Cabra said: Looking to excelerate the clean up of BKKs image ahead of the eventual reopening to tourism 🤔 Except that the Talat Phlu area of Thonburi is not exactly a tourist hotspot. This is…

Benroon
12 hours ago, HiuMak said: Just a way to shut down 3 to warn others to pay up Playing devils advocate, again, when the police DON’T go into bars during a nationwide ban, and potentially taking the virus wherever, you’re…