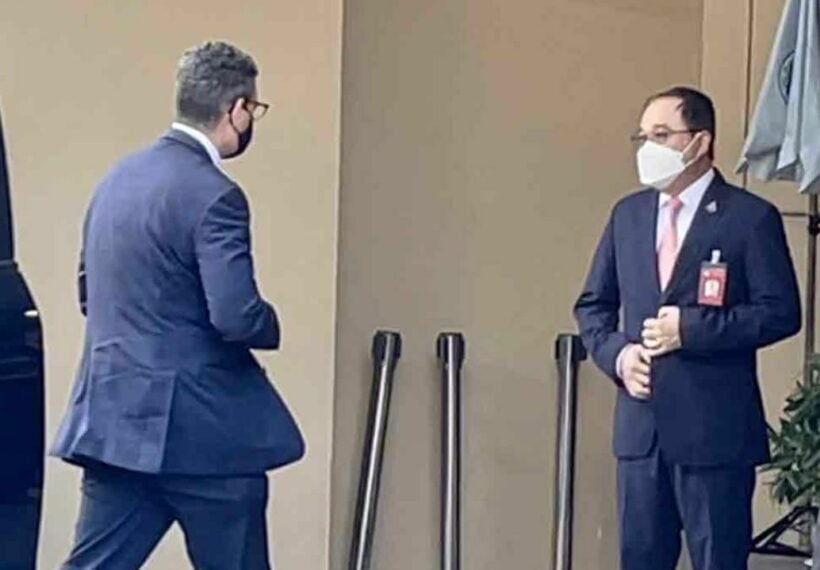 PHOTO: PM Prayut has an unscheduled meeting with US CIA head. (via Wassana Nanuam)

The unscheduled meeting between the Thai prime minister and the American intelligence official was held at 9:30 am at the Thai Khu Fa building at Government House. The meeting ran for about 45 minutes total.

While he was on the premises, the CIA deputy director held several other meetings. At Command Building 1, deputy director Cohen met with Deputy Prime Minister Prawit Wongsuwan, and also had talks with National Security Council Secretary-General Supot Malaniyom at the Red Building.

As could be expected in regards to high-level talks with US covert intelligence leaders and top Thai political leaders, the unscheduled meeting and all the participants in meetings were heavily guarded. Security prevented reporters from much coverage of the meeting and they could only stand some distance away, taking photos from afar.

DiJoDavO
*knocks door* CIA: Hello, sir. Do you have a moment to talk about our lord democracy?
Stardust
11 hours ago, ThailandBob said: I think it's that, too. The CIA showed up toute suite after that. Yes it seams they aided the junta including vaccines for the junta. There are some more updated infos in the Thai media.…
Jason
All nice predictions.... I do wonder how that will go down in Beijing....

TAT touts another rosy outlook for 2022 arrivals into Thailand – VIDEOS