Abhisit, Suthep ‘ready to face trial’
The Nation / Phuket Gazette
PHUKET: The two top Democrats facing charges over the 2010 political mayhem declared yesterday that they were ready to face trial and fight for their corner in court.

Democrat leader Abhisit Vejjajiva and MP Suthep Thaugsuban also threatened to file a counter-lawsuit accusing the Attorney General of wrongfully deciding to indict and prosecute them.

Abhisit said he and Suthep would report to the prosecutors within tomorrow’s deadline to acknowledge the charges of instigating others to kill or attempt to kill during the 2010 red-shirt protests.

The prosecutors had previously summoned them to acknowledge the outcome of the prosecution review before deciding to make a decision on a trial, he said.

The Democrat leader also voiced confidence that he and Suthep could clear their names because relevant legal provisions and factual evidence were in the defence’s favour. He added that as prime minister and deputy PM, he and Suthep had the legal mandate to oversee the Centre for Resolution of the Emergency Situation (CRES), which was tasked with handling crowds.

Also, he said, a series of judicial rulings have confirmed that the protests were illegal and not in accordance with peaceful assembly, the right to which is enshrined in the Constitution. He added that the prosecutors also neglected to address the issue of the armed “men in black”.

The prosecution curiously chose not to mention the presence of armed men despite the ongoing trials on terrorism charges involving a number of rally organisers and red guards, he said.

The former PM also said the prosecutors failed to heed his question on the mandate of the Department of Special Investigation (DSI) to look into the supervision of the CRES. The case should be under the purview of the National Anti-Corruption Commission, he pointed out.

The DSI cited in its report that the two might have abused their power in overseeing the CRES, before making an assertion about its mandate on grounds that the case was related to a criminal offence, he said as he questioned the DSI’s legal reasoning in taking up the case. He said he was also suspicious of the timing of the indictment, which coincides with the House debate on amnesty, hinting at an ulterior motive to force the opposition to support blanket amnesty.

Suthep said many saw the prosecution’s decision as a means to help the government push the amnesty bill through.

“If the government continues pushing for the bill’s passage in second and third readings, I will intensify the fight by putting my life at stake,” he said.

He added that he wanted to remind Prime Minister Yingluck Shinawatra that she might have to go into exile if she continued putting her family’s interests before those of the country. He alleged that the amnesty bill, when turned into law, would favour fugitive former prime minister Thaksin Shinawatra.

DSI director-general Tarit Pengdith, meanwhile, said his investigators had worked in a straightforward manner leading to the indictment of Abhisit and Suthep.

He said that although the prosecutors had decided to try the two in a single count of offence on grounds that the crowd-control operations had one objective – to disperse the protests – he still believes the two should be tried for each death caused.

He said the judicial process for cases related to the mayhem would continue as per usual until the amnesty bill goes into effect. He also said that Abhisit and Suthep would be tried for criminal offence and not abuse of power.

As for the mayhem-related deaths, the DSI has sent 52 cases back to local police to investigate further and provide complete reports.

Of these cases, 15 had already been ruled upon by judicial inquests on the cause of death. Following the inquests, local police submitted 13 reports on each death for the DSI to review before deciding to drop or to seek prosecution review on criminal accountability.

One is a much-wanted, skilled bomb-maker. The other is the chief of a foreign-trained Runda Kumpalan Kecil (RKK) terror cell.

Police believe Abdullah U-lae assembled the two bombs and buried them at the site, off a major road in Bacho district. They detonated the second one while the EOD team was defusing the first bomb, which was found nearby, local police said yesterday.

Abdullah is wanted under four security warrants for his alleged roles in several bomb attacks. Police claim he is operating under the command of Marohmueree Kajaekasor, who heads an RKK cell active in the district.

The explosiony has prompted a new rule of engagement for EOD personnel and a restriction on members of the media, requiring them to stay 200 metres away from any suspected bombs, as cited in a statement by Army spokesman Colonel Banphot Phoolphian.

The funerals of the three officers were attended by a large number of relatives and mourners, and presided over by their superiors. Army commander General Prayuth Chan-ocha mourned the loss of their lives and praised police and military EOD personnel for their dedication and hard work.

The three officers, Pol Sub-Lieutenants Shaen Warongphaisit and Charoon Mekmaung and Pol Sergeant Nimit Deewong, have been promoted posthumously to the rank of police lieutenant-general, police major-general and lieutenant-colonel respectively, with the change taking effect immediately, said a police spokesman.

Their families are entitled to assistance money in the range of Bt3.96 million, Bt2.98 million and Bt2.93 million respectively, while their spouses and children will be welcomed to serve as police officers.

The loss of the three EOD officials, as well as six other deaths and 15 injuries or disabilities sustained this year, have not affected regular police duties and counter-insurgency operations, said Narathiwat Police chief Pol Maj-General Phatthanawut Angkhanawin.

Suthep’s decision was prompted by House Speaker Somsak Kiatsuranont’s urgent call yesterday for a second reading of the bill tomorrow. Suthep, reportedly acting independently, will today hold a press conference to call the rallies. In Bangkok, the rally venue will be in front of Parliament, while provincial rallies will take place outside city halls.

The Pheu Thai Party yesterday resolved to vote for the revised version of the bill, which would grant amnesty to all – a condition opposed even by the government’s closest ally, the red-shirt movement.

The House will tomorrow begin its debate on the second reading

It's raining snakes in Phuket Town 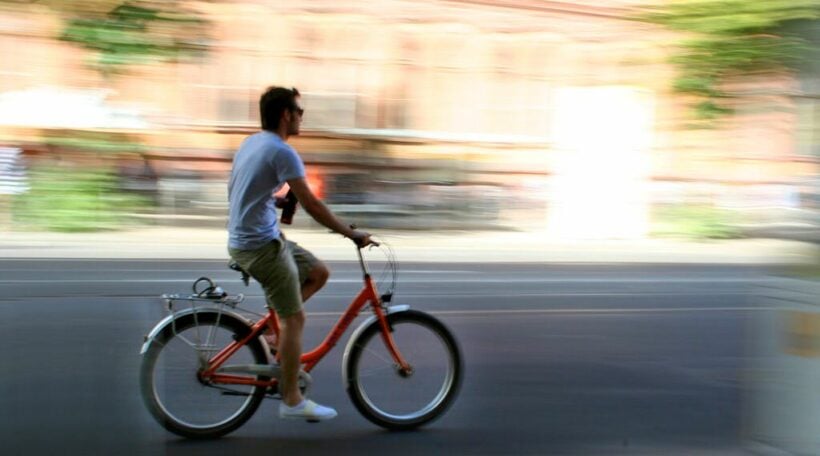 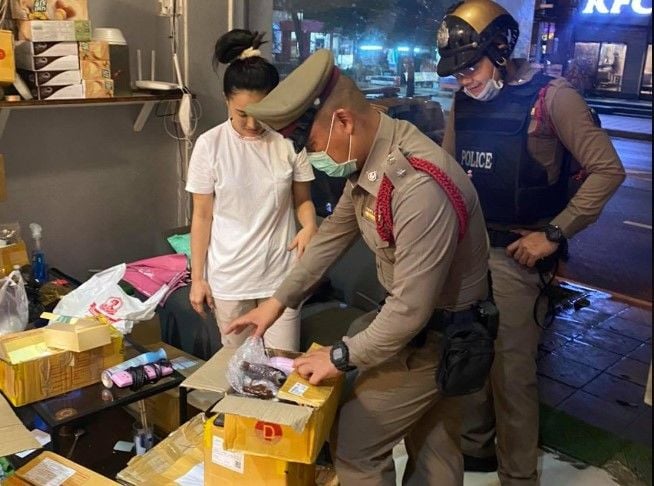 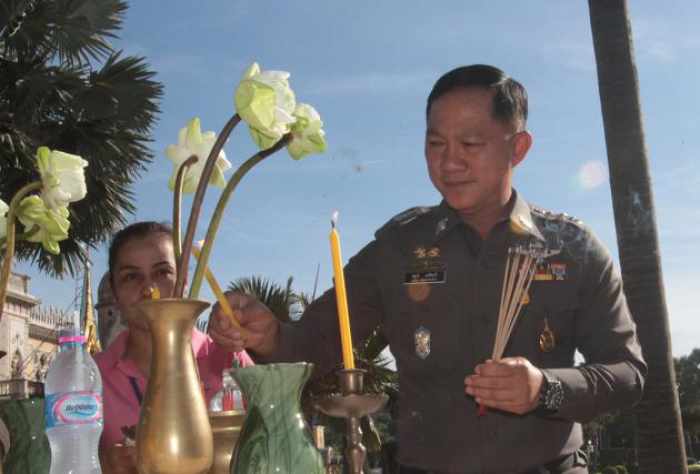 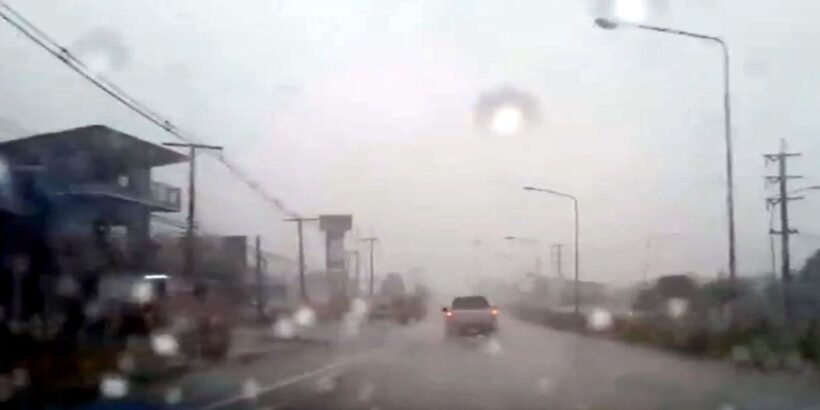 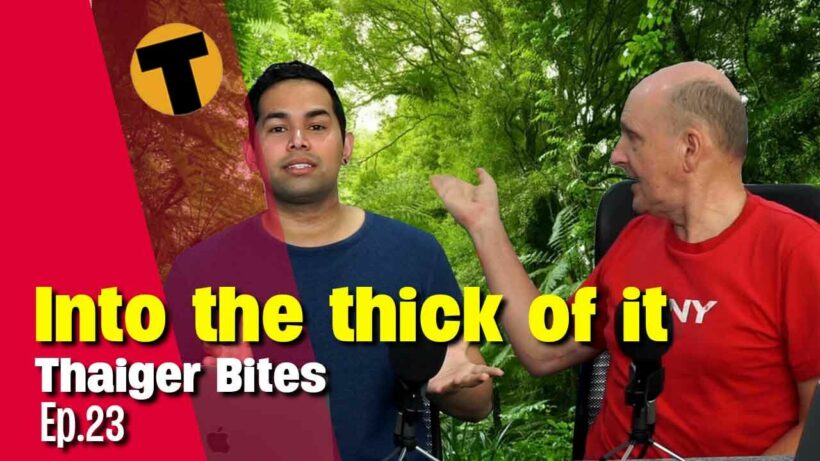