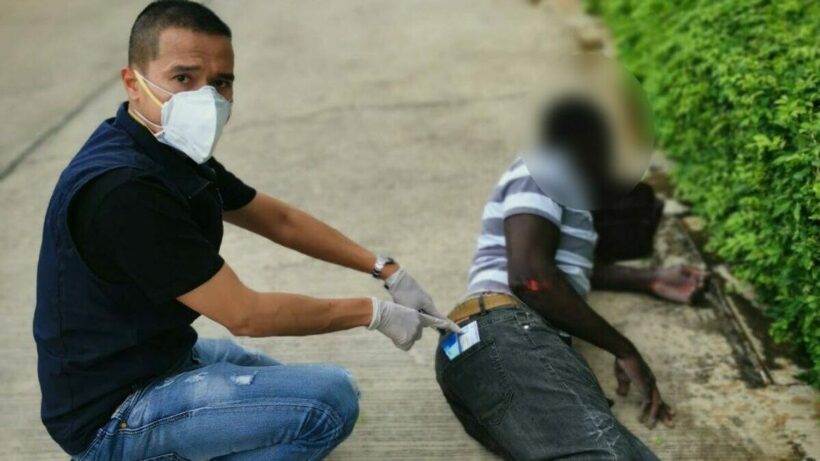 More people have been arrested for involvement in an alleged “romance scam”. This time the suspects were busted in the Pattaya area.

The man, Robinson Ibuka Ade, from Nigeria, and Thidarat Biraban, a Thai national, were arrested recently on charges of joining to commit fraud and importing forged data into a computer system. Police seized 148,00 baht and $2,000 US dollars, 2 ATM cards from the pair.

The couple’s arrest follows a victim complaint from the southern Thai province of Nakhon Si Thammarat. The complaint alleged that the victim had been duped out of 905,00 baht from the Instagram account user “davilalinda720”. Further, the complainant says the user claimed to be an American soldier who did a tour in Syria. Then, through methods not clear, the faux-soldier had the mark send substantial chunks of money, over and over again. There was no mention of how “romance” factored into the scam.

However, the complainant is not alone. At least 40 other victims have filed similar reports at the Don Mueng Police Station. The complainants say “davilalinda720” ripped them off for 112,000 baht. An arrest warrant was then requested from the Bangkok Criminal Court.

Then, in the course of the police investigation, authorities determined “davilalinda720” was residing in a Pattaya condo. Inside the condo, police found Robinson. Albeit, not one to go quietly (but not opposed, unlike the marines, to leaving a man behind), Robinson made a break for it and jumped from a 3rd floor balcony. Police apprehended Robinson immediately, on the ground.

Thidarat, who opted out of jumping off a balcony, was arrested inside the condo. According to Thai media, she had 51,000 baht on her when she was arrested.

The duo was then taken to Don Mueng Police station for further legal proceedings. Robinson was given medical attention for his brief “window” of freedom.

BJoe
To think that there are people stupid enough to send money to person or persons unknown for whatever reason is insane. It is past naivety.  And allowing  anyone from Nigeria into your country is purely foolhardy.

gummy
2 minutes ago, BJoe said: To think that there are people stupid enough to send money to person or persons unknown for whatever reason is insane. It is past naivety.  And allowing  anyone from Nigeria into your country is purely foolhardy.…
Easterneye
They’re a bit like football morons in England ,, only a tiny minority ? AndreT
There are many single elderly women our there looking for love. They join elder dating sites in hopes of meeting someone. My mother fell for a scammer but quickly got out before money was involved, she was heartbroken afterwards .
Brist
On 7/21/2021 at 8:43 AM, BJoe said: To think that there are people stupid enough to send money to person or persons unknown for whatever reason is insane. It is past naivety.  And allowing  anyone from Nigeria into your country is…