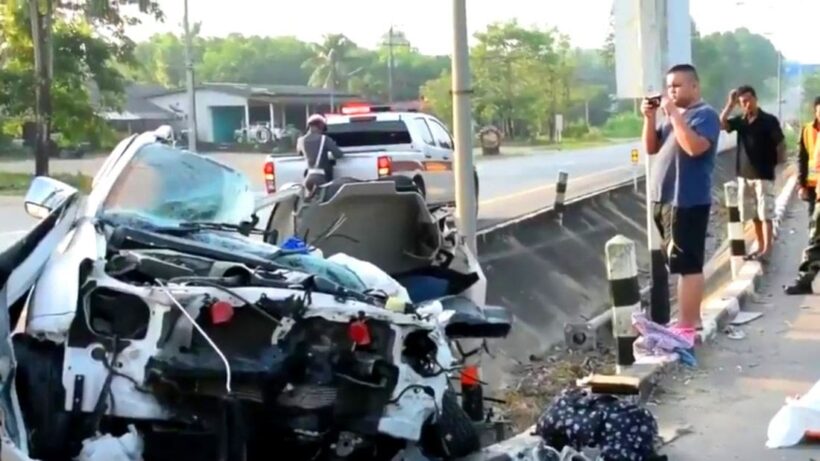 Thailand’s roads remain some of the deadliest in the world. But the Kingdom has dropped from its previous number two position to number eight, behind a collection of backwater African states and other undeveloped countries.

A new report by the World Health Organisation shows that the road safety situation in Thailand hasn’t improved. The shocking news is outlined in a the WHO report, Global Status Report on Road Safety 2018,

Only seven other nations fared worse than Thailand, while the countries with the highest road traffic death rate per 100,000 population were Liberia, Saint Lucia, Burundi and Chad.

The report, compiled using data from 2016 from 175 countries, shows that Europe has the safest roads with 9.3 deaths per 100,000 population. The African continent had the worst rates.

The report shows that there is an average of 22,491 people killed on Thai roads every year. South east Asia, where motorcycle-related deaths account for 43 percent of the total road toll, had an average of 20.7 deaths per 100,000 population.

Globally, the report found that the situation regarding road traffic deaths is worsening, with someone killed in a road accident every 24 seconds somewhere in the world.

The WHO road death Hall of Shame…

Equal 4. Democratic Republic of Congo and Venezuela (Bolivarian Republic of) – 33.7