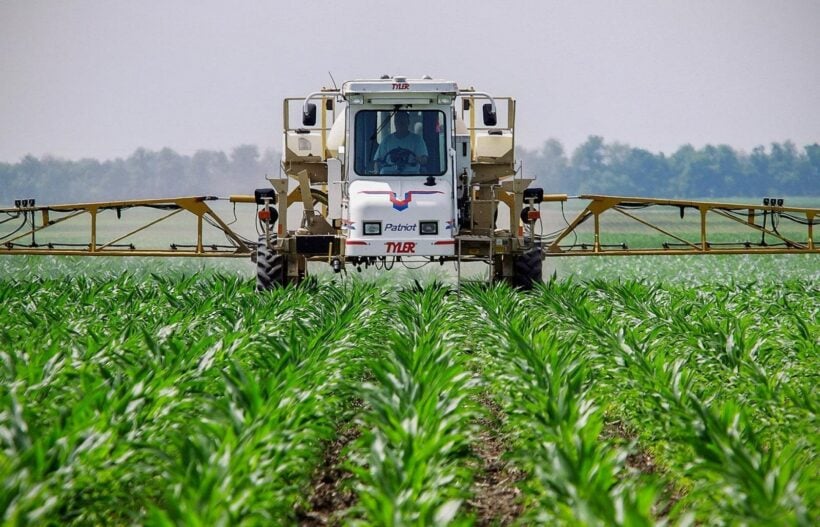 A jury in San Francisco has ruled this week that RoundUp, the world’s most popular weedkiller, gave Dewayne Johnson, a former school groundskeeper, terminal cancer.

The court awarded him $39 million dollars and awarded punitive damages of $289 million to agri-chemical company Monsanto.

The man’s victories is poised to set a massive precedent for thousands of other cases that similarly claim Monsato’s famous herbicide caused the patient to contract non-Hodgkin’s lymphoma. The decision comes amongst a deluge of conflicting evidence on both sides of the argument that, despite decades of research, is yet to find conclusive evidence of the chemical’s failings, despite tons of anecdotal evidence.

Mr. Johnson’s case was the first to go to trial because doctors said he was close to death. In California, a dying plaintiff can be granted expedited trials. 46 year old Johnson said during the trial that used RoundUp 20-30 times a year when working as a gardener for a school in San Fransisco. He said that twice he had accidents when we was ‘soaked’ with the product, accidents that exceeded the recommended use of the chemical.

But rather than providing closure in the long-running debate, there are another 800 patients waiting for their trials in the US as they prepare to sue Monsanto over the same contention – that ‘RoundUp’ gave them cancer.

The big question remains, despite this jury ruling, whether RoundUp (glysophate) causes cancer and, if so, whether Monsanto either knew about the potential problems with the chemical or failed to warn consumers about the cancer risk.

In March 2015, the World Health Organisation International Agency for Research on Cancer (IARC) said the key ingredient in Roundup, glyphosate, is “probably carcinogenic to humans.” Here’s a link to the report.

Monsanto has long maintained that RoundUp does not cause cancer and the IARC report is greatly outnumbered by studies saying glyphosate is safe.

Partridge, Monsanto’s vice president of strategy, backed up the weight of evidence on Monsanto’s side.

“More than 800 scientific studies, the US EPA, the National Institutes of Health and regulators around the world have concluded that glyphosate is safe for use and does not cause cancer.”

“We all have sympathy for Mr. Johnson,” Partridge said this week. “It’s natural he’s looking for answers. Glyphosate is not the answer.”

In all cases plaintiff’s will be put into a position that they have to prove, beyond reasonable doubt, that the chemical caused their cancers.

Glysophate is a common weed killer used in Thai agriculture. Over past years there has been activists trying to ban it’s use. The Thai government has responded, so far, by putting it on a list of dangerous chemicals and is continuing its investigation into the use of the chemical in Thai agriculture.

A successful court case, coming down on the side of a plaintiff claiming the chemical caused his cancer, has brought the issue to a head and will temper many other companies and governments’ use of Glysophate in the future.

An article about glysophate from National Geographic HERE.

Renewed demands to ban paraquat, glyphosate and chlorpyrifos in Thailand